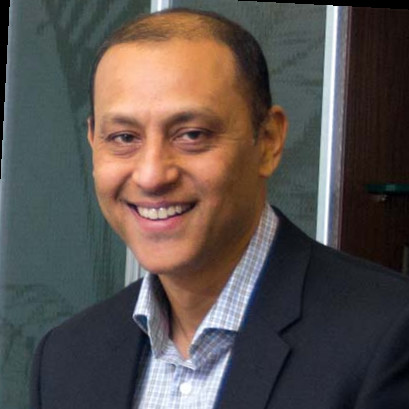 In a recent conversation with a friend who used to work for a very large state-owned enterprise (SOE), I asked him an obvious question: how many redundant people does this company have and will the state let go of them to improve the organisation? Much to my surprise, his response was that the total employee cost is about 16% of revenues, which is substantially lower than the industry standard of almost 30%! My friend’s point was that when compared to the global industry, this particular SOE was actually efficient.

This was certainly news to me, so I did some research over the next few days to see the numbers for myself. While I could not obtain the latest financial reports for this SOE, I did find a couple of old ones and compared these to industry numbers in the corresponding period. The picture turned out to be a little bit different, in that the average Pakistani SOE figure was about 20%, but my friend’s point remained valid – if the cost is equivalent to SOEs across the world, what is all the fuss about?

One of the main criticisms that comes up in discussion about SOEs is that a majority of them have bloated manpower numbers, which is a large cause of their inefficient operations. In Pakistani state-owned enterprises much like their counterparts in other countries with China being the biggest example, there is a general impression that the principle of good management – having just enough employees – has not been followed and SOEs have been packed with more people than they require.

The argument goes that this is done by politicians and governments who use SOEs to provide jobs as handouts to their voters and strengthen their base. In China, however, there is no elected government and yet SOEs have traditionally been major employment generators. In any case, irrespective of the reason, SOEs are deemed to have higher than the required number of people and this is the biggest ongoing issue when policymakers try to find ways to stop leakages and improve an organisation’s performance.

Theoretically, as any student of business will vouch for, it really should not matter if the SOE has greater or fewer people as long as its revenues and costs are within industry benchmarks. So, in my friend’s example above, this particular SOE could look at ways to enhance revenues – something that may be vital to do.

The other important thing this example illustrates is that, in a low-income economy like Pakistan, a large number of employees does not necessarily translate into higher costs. This may be due to the fact that the extra manpower that SOEs hire is actually at the very lowest levels of the organisation. Remember we are living in an age where a senior manager may cost more than 100 times the wages of a worker. (For clarity, my definition of a worker includes the unionised staff, as well as lower management cadres, both of whom are most vulnerable to layoffs which usually accompanies corporate restructuring).

While I am certainly not suggesting that SOEs should go on a hiring spree since the cost is not much, what I am saying is that perhaps this is not as big an issue as it is made out to be and maybe there are better ways to deal with the issue.

When private sector managers suggest layoffs or golden handshakes as simplistic solutions to the issue of excess manpower, they may not realise that the cost reduction that comes with laying off these workers may not result in a significant financial benefit for the organisation. Even if there is some immediate financial benefit from layoffs, questions remain around its sustainability. Many companies which have implemented golden handshake schemes to lay off workers later found that costs were back to the same levels in a few years as contract workers replaced full-time employees gradually.

Additionally, the quality of work suffered as contract employees have little reason to be loyal to the organisation the way full-time employees tend to feel. Numerous other issues pertaining to management of a contract-based workforce also surface as companies try to implement this model. The laid-off worker is also hardly ever better off after accepting a golden handshake. Here once again, we must be able to put things in the Pakistani context instead of comparing our country to the developed world, where countries have strong social protection systems that take care of the unemployed.

So then how do we deal with the efficiency issues faced by SOEs. Better managed companies have dealt with this the only way it ought to be done: taking a longer-term view and ensuring that all stakeholders are in agreement with the path forward. They have engaged workers and their representatives as equal stakeholders. Although difficult to do, and rarely practised in Pakistan, top management must connect consistently with workers, share the organisation’s situation in a transparent way, and discuss ways to collectively address the issues. This can be done in several ways:

First, cross-train employees. The best way to enhance productivity for an organisation is to make its employees multi-skilled. If there is an excess of people in one function, they can be trained to work in other areas. Sometimes, it is only a case of responsibilities being enhanced as the basic skill set remains the same. At other times, there might be similar roles they could perform by adding relatively few additional skills.

Secondly, upgrade the skills of your workforce. In today’s world, a lot of workers feel – and are – threatened by the prospect of automation and digitalisation of their roles. Although many of these fears are misplaced, there is a definite opportunity to enhance the skills of workers to enable them to become more efficient in their current roles by becoming more tech-savvy and comfortable with the change brought about by increased automation.

And finally, provide real opportunities for career growth. If the organisation can provide the first two, then the only next logical step is career growth for workers who learn and show potential for growth. The sad truth in Pakistan is that we have very few workers who have been provided with the opportunity to grow from the lowest to the highest levels. In one of my management roles at a multinational firm, my supervisor was someone who had joined that organisation as a regular plant worker and grew to become the CEO of that business. Such stories are rarely heard in our society.

The elephant in the room remains the unions in Pakistan which have been discouraged since the days of General Ziaul Haq, who ruled Pakistan in the 1980s. Where unions do exist, they are either reputed to be a front for the management, corrupt, or associated with one or the other political party. Sadly, we have entirely missed the value which can be created by trade unions.

It is quite strange for both management and workers to live in suspicion of each other and yet continue to claim that they are both working for the benefit of the organisation!  In the West, a great example of a functional union-management relationship is seen in Germany where they have a concept called “codetermination”. This codetermination allows workers to vote for board seats and hence they can elect people from their own ranks to company boards. As a result, most German companies have representatives from the worker’s unions on their boards and thus participate in all key decisions.

While this example may be too extreme for Pakistan, organisations here must start the engagement process sooner rather than at a later stage. Pakistani managers, whether from the private sector or state bureaucracy, have unfortunately grown up in an environment where most live in perpetual fear of trade unions. Some of this fear may be real given the history of union activism but will need to be alleviated if things are to be different.

Management teams should understand that their own long-term success is tied to all stakeholders, including the workforce. SOEs have a large impact on society and should therefore not be answerable exclusively to shareholders and be subservient to profit and loss accounts only. Some of their biggest stakeholders are their employees and their consumers, and this realisation must reflect in the management’s thinking.

As far as unions are concerned, if they are to resurrect themselves in our society and play an important role, they must engage with management for constructive purposes and for the benefit of the organisation. They must learn to give up demands which suit union office-bearers alone and make the relationship with management an ongoing tussle.

Quite obviously, the state has an important role to play here by creating a legal system which allows unions to exist albeit peacefully and ensures both management and workers partner with each other for the organisation’s benefit.

The SOE issue in Pakistan is not a simple one to understand and has many complexities beyond the cost-benefit numbers and the usual good governance logic. Yet, the manpower problem remains at the heart of finding solutions to the overall issue and we must be prepared to deal with this via longer-term solutions which sustain SOEs without hurting employees and the society. We must reframe our thinking instead of looking for alternates which are accompanied by large corporate restructuring schemes. It may well be more arduous, but it is the only wise road to take if the objective is to enhance collective good.