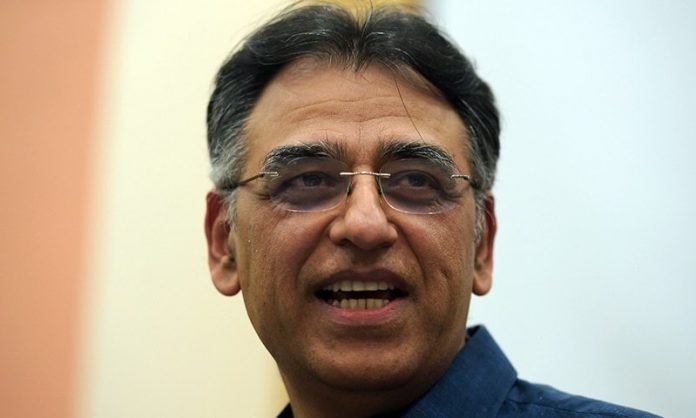 The decision was taken after Prime Minister Imran Khan and Foreign Minister Shah Mahmood Qureshi held separate meetings with Umar to convince him to rejoin the federal cabinet.

As soon as the former finance minister expressed willingness to head the standing committee on finance, PM Imran issued directives to PTI’s Chief Whip Amir Dogar, who then informed the same to the incumbent committee chairman, MNA Faizullah.

As per regulations, MNA Asad Umar will first be nominated as a member of the committee, and will then be appointed as the chairman.

The PTI stalwart had stepped down as the country’s finance minister last month after PM Imran asked him to take the portfolio of energy, which he declined and opted to quit the federal cabinet.

Subsequently, the government named Abdul Hafeez Sheikh, a former World Bank official who served as finance minister from 2010-2013, as an adviser on finance, replacing Umar.

However, the prime minister was adamant that Umar would rejoin his team of ministers. “Asad Umar is intelligent and he is precious (asset). He will return to the cabinet soon,” Khan told senior journalists recently at the Prime Minister’s Office.

Asad Umar’s removal has been the subject of much controversy, particularly in the backdrop of Pakistan’s ongoing negotiations with the International Monetary Fund (IMF).

In a video statement, the former opposition leader in the National Assembly claimed that Reza Baqir, the IMF economist who was last week appointed as governor of the State Bank of Pakistan (SBP), was used as a middleman to convey the international lender’s reservations over Umar’s performance.

“According to my information, Reza Baqir – since he was with the IMF in Egypt – was used in the move to sack Umar. Through him (Baqir) messages were conveyed that the IMF was not happy with Umar,” claimed Shah.

“IMF representatives thought he (Umar) was ill-prepared at times or simply did not know enough, and there would be no breakthrough in negotiations if he was not removed,” he added.