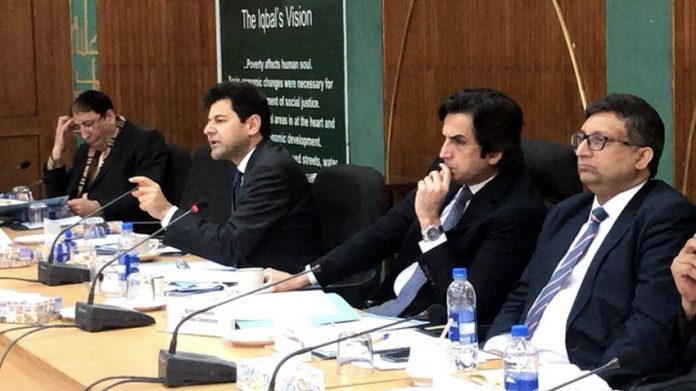 ISLAMABAD: The Central Development Working Party (CDWP) on Thursday accorded approval to one project worth Rs385 million and recommended four projects worth Rs123.6 billion to the Executive Committee of National Economic Council (ECNEC) for consideration.

The CDWP meeting was held under the chairmanship of Planning Commission Deputy Chairman and Planning Minister Makhdoom Khusro Bakhtiar. Planning Secretary Zafar Hasan and senior officials from the federal and provincial governments were also present on the occasion.

The planning minister said that the incumbent government is committed to developing Karachi, adding that the completion of the project would provide modern travelling facilities to the people of the city. He said that the project is closely aligned to the federal government’s manifesto of urban development and green growth.

Another important project of the Sindh government titled ‘Karachi Water & Sewerage Services Improvement Project (KWSSIP) Phase-1’ was also recommended to ECNEC for consideration. The Rs14.7 billion project would improve the capacity of Karachi Water & Sewerage Board with regard to providing better water and sanitation services to the residents of Karachi and to carry out its routine activities of development, operation and management of wastewater treatment infrastructure.

The second project related to transport titled ‘Construction of Expressway on East Bay of Gwadar Port (Revised)’ was presented by the Ministry of Maritime Affairs. The Rs17.3 billion project was referred to ECNEC for consideration.

The project envisages construction of 18.98km four-lane expressway with embankment for six lanes integrating Gwadar Port with the Makran Coastal Highway as well as with its free zone and future container terminals. The length of the offshore section of the expressway is 4.34km while that of the on-shore section is 14.641km.

The Khyber Pakhtunkhwa government presented a project titled ‘KP Irrigated Agriculture Improvement Project’, which was recommended to ECNEC for consideration. The Rs30 billion project aims to improve the performance/functionality of the farm level irrigation delivery system and reduce water waste.