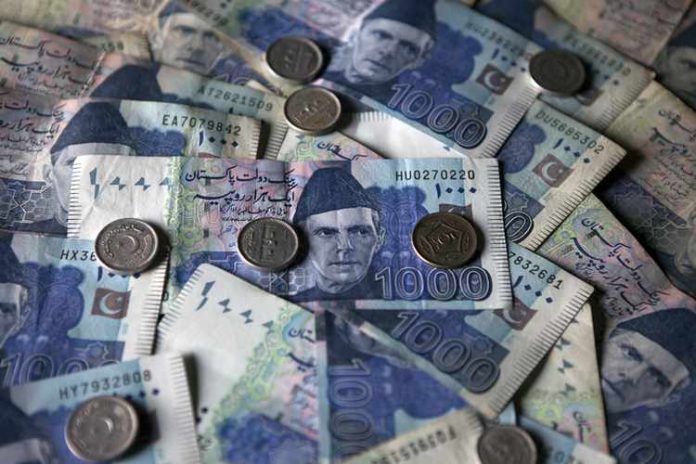 Pakistani Rupee (PKR) weakened to a record in an apparent devaluation, four days after the South Asian nation secured a bailout from the International Monetary Fund that investors speculate includes tough conditions to reform the economy.

The rupee dropped 3.6pc, the most in more than five months, to 146.52 a dollar at close on Thursday, according to central bank data. The currency has plunged more than 20pc in the past year, making it the worst performer in a basket of 13 currencies in Asia compiled by Bloomberg.

The rupee level reflects demand and supply conditions in the foreign exchange market, Pakistan’s central bank spokesman Abid Qamar said in a statement on Thursday, adding that it will help in “correcting market imbalances”. The nation had previously said the IMF had not sought to set a level for the currency.

“A market-determined exchange rate’’ will help the economy, the multilateral lender had said in a statement May 12. The nation’s central bank had devalued the currency five times last year and raised interest rates by 475 basis points as it sought to contain the financial blowouts from Pakistan’s twin current-account and budget deficits.

The rupee devaluation is “an IMF condition and they seem serious about it,” said Asad Sayeed, a director at the Karachi-based consultancy Collective for Social Science Research. “It’s an open market policy. It appears they have decided to adopt it.”

Pakistan clinched the IMF loan after almost a six-month delay that prompted rating companies to downgrade the nation’s credit score earlier this year. In the process, Prime Minister Imran Khan fired key members of his economic team, including the finance minister and central bank governor, and pledged to carry out deep structural reforms.

Other than the rupee devaluation, “you now have no choice,” said Mushtaq Khan, former chief economist at Bank Alfalah Ltd., who now runs an independent consultancy.

The benchmark KSE-100 Index closed 0.9% lower, after falling as much as 2.1pc earlier in the day.

“International investors are cautiously optimistic that, under the current economic leadership, this time could be different,” said Bilal Khan, senior economist at Standard Chartered Bank in Dubai.