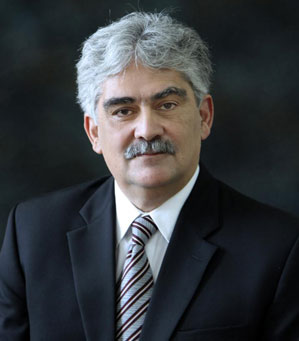 When I write about going high, everyone responds, “what about parking?” My response “we don’t need parking!” is met with shock.

We are making cities for cars. There was a time people walked or biked in most of our cities. Since then an obsession with cars has widened roads to huge urban highways that are impossible to cross, an abundance of flyovers and underpasses for signal-free corridors has made biking and walking impossible. Not to mention that all sidewalks are eliminated and there are no bike lanes. Even worse bikers and walkers are required to walk or bike 3 floors up to cross a road. In one mile in Lahore, I had to go up three of those overhead road crossings. It was a quite an exercise which would making it impossible for all but the fittest to use this city for walking or biking.

Yet our quest in Pakistan remains signal free corridors, wider and wider roads, flyovers and underpasses to facilitate faster and faster cars. Bear in mind in a city like Lahore with a population of over 10 million there are about 300,000 cars. And all this effort is for them.

Even the public transport that is being built is on platforms to provide more room for cars. Pedestrians have to walk up three floors after dodging cars in very wide signal-free corridors. The ugly high-rise public transport that impedes walking and biking while destroying the city skyline is the preferred alternative for our leaders.

For decades, I have been writing that we need to follow the rest of the world and rethink cars in cities.

What we need in cities is mobility without traffic congestion that wastes time and pollutes the environment.

Mobility is also for all and not just cars. When cities grow in size and people and their activities crowd into dense neighborhoods, cars hinder mobility rather than enhance it. Space for cars in the form of roads and parking is never enough as density increases.

Large cities have struggled with the growth of people and cars and have reached the conclusion that the answer cannot be continually making more space for cars. Congestion seems to increase even as roads are expanded and underpasses and overpasses are developed. Efforts to increase traffic flow often come to naught after a while despite large expenditures of car infrastructure.

Pakistan has some of the largest cities in the world and all of them are struggling to cope with cars even as a huge housing shortage persists. The largest item in the development budget of all levels of government is road-building.

Most large cities have now accepted the idea that for equity in mobility as well as faster mobility within a city, cars have to be limited. The thinking goes something like this. In the city the cheapest and healthiest forms of transport are walking and bicycling. The next cheapest form of transport is the elevator as people move in the neighborhood of high-rise buildings.

Linking walking, biking and elevators to transit systems that connect dense centers of flats, commerce, work, education and entertainment is now seen to be the approach to a healthy and nurturing city life.

But then what about cars? Cars are a luxury and not a necessity as our planners seem to think. They take a up a huge amount of space that otherwise could be used for human activity. It is estimated that one car takes the space of about 100 pedestrians when you consider the space that must be kept free in front back. In that space 15–20 bicycles can be operated. A bus with a about 80–100 passengers takes about the space of 3 cars.

Most major cities have begun to price the use of cars to curtail its use. This is done as follows.

Technology allows such charges to be collected very cheaply through mobile phones. Well-planned use of charges rationalizes car use while encouraging other forms of transport. Space on roads will easily be freed up for:

With this little tweak in policy we could have better cities and provide cheaper more people friendly metro buses; provide people with more choices of transport such as walking and bicycling. No need for ugly elevated tracks and flyovers — expensive city dividers.

If done right this will be a significant source of revenue for the city.

The writer is an economist and the former Deputy Chairman of the Planning Commission of Pakistan, and the former Vice Chancellor of the Pakistan Institute of Development Economics. He previously worked for decades at the International Monetary Fund.