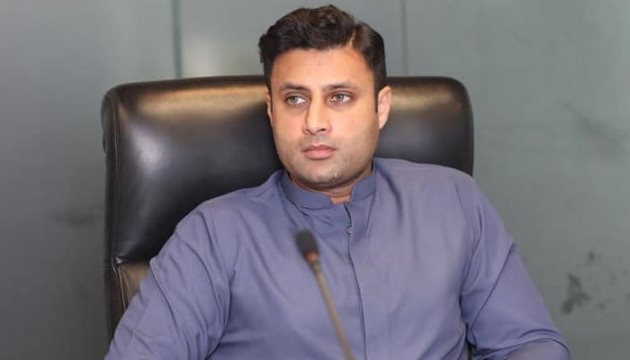 He said this while addressing the participants during an Eid dinner hosted in his honour by the United Kingdom-Pakistan Chamber of Commerce and Industry (UKPCCI) at a local hotel in London.

Bukhari said due to the prudent and business-friendly investment policies of the government, the country has witnessed a huge inflow of foreign direct investments coming from different countries including Egypt, Malaysia and Qatar.

“Nine prominent businesses would come to Pakistan to explore investment opportunities by the end of this month,” he stated.

The PM’s assistant said international business leaders want to make huge investments in Pakistan, as they know that “an honest, transparent and business-friendly leader was ruling the country and their investments to be fully protected and facilitated”.

Bukhari said Pakistan offered tremendous investment opportunities with high returns. He urged the British Pakistanis to take optimum benefit from the opportunities for their own benefit as well as for the socio-economic prosperity of Pakistan.

He invited the UK investors to explore Pakistan’s information technology sector, urging them to establish their industries in special economic zones.

Owing to the wrong policies of the PML-N government, Pakistani exports remained stagnant for years, he deplored, adding that the prudent policies of the present government helped the exports increase during the last eight months. He lauded Advisor to Prime Minister for Commerce Abdul Razaq Dawood for his efforts in this regard.

Bukhari said efforts were being made to include the chairs of all overseas chambers in the board of Overseas Pakistani Foundation and engage them in the development process of the country.

Bukhari said overseas Pakistani police station was being established in Sector F-6/3 of Islamabad to facilitate the expats, adding that similar police stations would be set up across the country to ensure speedy redressal of complaints.

He said in July this year, he plans to visit the United States and meet Pakistani and US investors.

“I will also visit Silicon Valley of the US to invite the tech leaders invest in Pakistan’s information technology sector,” he added.

On a query, he said the prime minister makes decisions after holding thorough discussions and after taking the members of the cabinet into confidence, adding that the government aims to transform Pakistan into an economically strong and a prosperous country.

Hailing the investment-friendly policies of the PTI government, Amjad Khan on the occasion said this was the right time to invest in Pakistan. “The UKPCCI and its members are keen to invest and take benefit from the opportunities in Pakistan.”