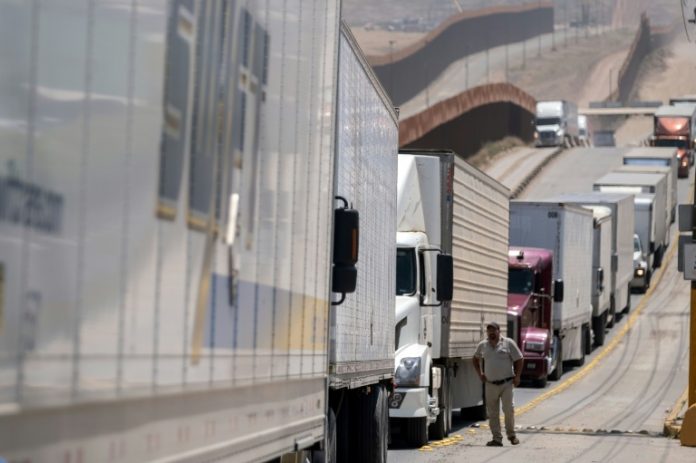 US and Mexican negotiators resumed migration talks on Friday as the two sides edged closer to a trade war that could hobble both countries’ economies and rattle investors already nervous about Washington’s escalating battle with China.

US President Donald Trump has warned that tariffs of 5pc will be imposed on all Mexican exports to the United States on Monday if Mexico does not step up efforts to stem an increase in mostly Central American migrants heading for the US border.

“As negotiations continued yesterday, we were more encouraged that they came forward with some of the things we put on the table Wednesday to say they were open to that,” Marc Short, chief of staff to US Vice President Mike Pence, told reporters outside the White House.

Short added that the Trump administration planned to move forward with a legal notification of its planned 5pc tariff on Mexican goods. “You should anticipate that happening today,” he said.

Sanders’ comments came after two days of crunch talks in Washington by top officials from both countries to head off the tariffs, which could deal a stunning blow to the Mexican economy.

The Trump administration has demanded Mexico take tough action to halt the flow of hundreds of thousands of Central American migrants towards the United States, insisting it down its border with Guatemala and agree to let asylum seekers register their claims inside Mexico.

Last week Trump announced that, starting from Monday, June 10, a five per cent tariff would be applied to all goods from export-dependent Mexico, rising by five percentage points each month to a high of 25 per cent, until US demands on migrant controls were satisfied.

But it appeared there was no agreement between Mexican Foreign Minister Marcelo Ebrard and US negotiators led by Vice President Mike Pence and Secretary of State Mike Pompeo on the asylum question.

“We have been working this afternoon, we still do not have an agreement,” Ebrard said Thursday as talks wrapped for the day.

“Tomorrow we have another session in the morning and we will continue forward.”