SECP board rejects budget for being investors unfriendly 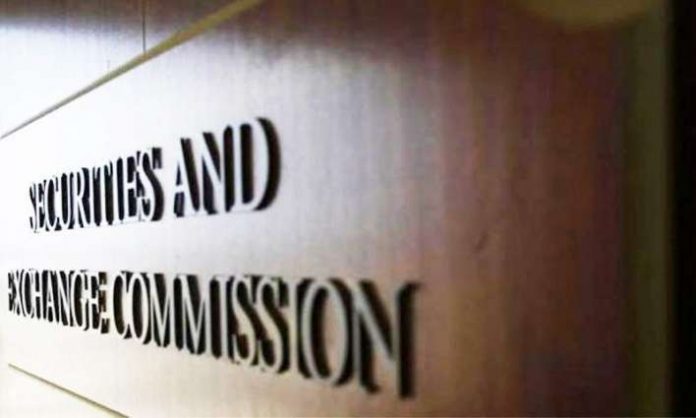 ISLAMABAD: Rejecting the budget proposals of Securities and Exchange Commission of Pakistan (SECP), the Policy board of the commission objected the proposed high regulatory fee saying it was unfriendly for investors and directed the Commission to resubmit the draft by July 1.

The SECP, while framing the budget, had proposed high fee despite the board’s direction of reducing the fee structure. The SECP in its budget proposals had cited that the reduction in regulatory fee would lead to a drop in the SECP revenue causing serious financial setback to the corporate sector regulator.

The policy board during its meeting held here in the SECP head office on Friday, reviewed the budget prepared by the Commission and the implementations status over its previous directives but the meeting resulted in admonishment for the SECP management.

The meeting was chaired by the chairman SECP policy board Khalid Mirza, who had been critical of high regulatory fees charged by the Commission and directed the SECP to reduce it by 70 to 80 percent.

The Chairman SECP (Farrukh Sabzwari), who is also member of the policy board, has, however, maintained that reducing the fee structure massively would lead to a drop in the SECP revenue.

Talking to media Mr Khalid Mirza siad that the high fees were restricting the growth of market and it was a redundant approach has been discarded all over the world.

“The commission is charging 8 basis points on AUM and have directed the Commission to reduce it to 2 bps, which is the highest all over the world,” he said adding, “The modern approach is to increase earnings through higher volumes and not higher taxes and fees.”

The chairman SECP policy board said that the low fees structures will invite more investments in capital markets and encourage new investors to invest in various products. The SECP has been directed to present a new draft of the budget by July 1.

The board was also critical of SECP employees currently posted in NAB, FIA and other working in coordination with other investigation agencies, and the Commission had been directed to repatriate these 14 officers.

Chairman SECP Farrukh Sabzwari faced criticism for the delays in implementing the decision and Mr Khalid Mirza maintained that it was not a healthy sign for SECP officers to serve in other investigation agencies.

“This taints their minds as SECP was a corporate sector regulator and deals with white collar crimes – not violent crimes etc,” he said, “By allowing bankers and chartered accountants to work in FIA or NAB etc will only make them act like policemen.”