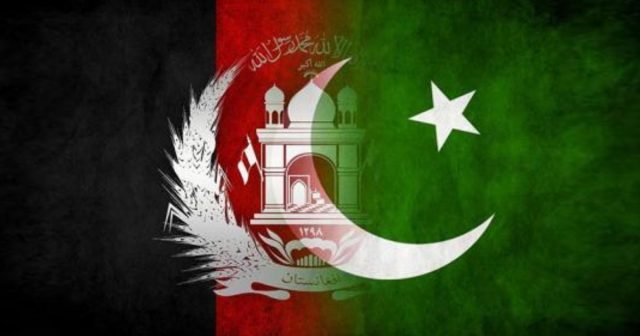 Achakzai urged the top leadership of Afghanistan and Pakistan to remove the non-tariff barriers (NTBs) and other obstacles in order to boost bilateral trade. He also invited the delegates to explore new business avenues in various sectors of Pakistan’s economy.

“Frequent exchange of trade delegations is imperative to enhance business activity between both the countries,” he maintained.

Achakzai reaffirmed the commitment to working together for broadening and deepening of bilateral trade, streamlining of transit trade and fortifying of the efforts for better connectivity.

“If the proposed energy connectivity projects, such as the CASA-1000 transmission line and the TAPI gas pipeline, are executed, it will bring long-term economic benefits to both countries.”

The FPCCI president suggested setting up of a customs union between Pakistan and Afghanistan, as it would help remove complications of tax mechanism within the transit trade agreement.

“If the said union is formed between the two countries, it will facilitate the smooth and frictionless transportation of commodities across the borders; the subsidiary issues related with the collection mechanism, tax and tariff will be automatically removed,” he added.

He said smuggling was obstructing the legal trade between Pakistan and Afghanistan; therefore, this issue should be tackled through rationalisation of the tariff barriers.

Iftikhar Malik on this occasion said Afghanistan and Pakistan had a long tradition of interactions, as the latter was one of the largest trading partners of the former.

Shedding light on the expansion of China Pakistan Economic Corridor, he said the next phase of the corridor, as part of the wider Belt and Road Initiative, would be extended to Central Asia via Afghanistan.

“If we look into the CPEC, it has four main components: transit and trade, infrastructure, energy cooperation, and economic integration. Afghanistan can be helpful in all these components,” he added.

Malik said Afghanistan was a natural transit corridor and most of its own infrastructure projects could be aligned with BRI.

In order to improve trade relationships between Pakistan and Afghanistan, Iftikhar Malik said tariff rates should be reduced on essential commodities, non-tariff barriers should be lowered and trade facilitation should be extended, adding that concessionary export refinancing facilities should be made available to Pakistani exporters for incremental flows of goods to Afghanistan.