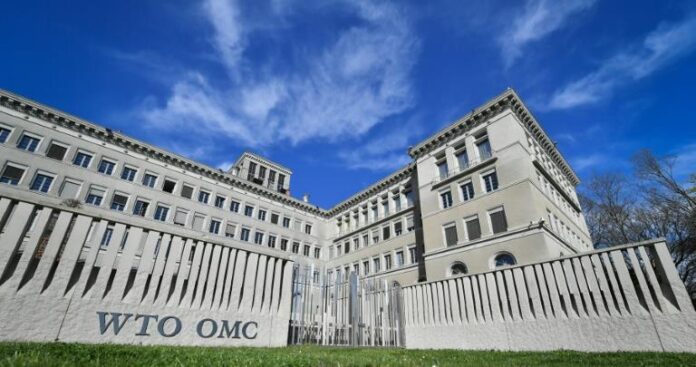 Several countries have for years raised concern over the functioning of the WTO Dispute Settlement Body’s appellate division — sometimes called the supreme court of world trade.

But the crisis has reached a breaking point because US President Donald Trump’s administration, which has been bitterly critical of the WTO in general, has blocked the nomination of new judges.

If no judges are approved by year’s end, the appellate branch will not have the quorum required to hear cases.

“The organisation is in a deep crisis. We have to realise that,” said Cecilia Malmstrom, the European Union trade commissioner during a debate this week in France on the results of the Bretton Woods agreement 75 years on.

The Bretton Woods Agreement, signed in 1944, established a new international monetary system and set up the World Bank and the International Monetary Fund (IMF).

It was quickly accompanied by a global trade deal, which evolved in the 1990s into the WTO, an institution which is supposed to be both the forum for negotiating further global trade agreements and to enforce those in place.

“If the Appellate Body collapses, which probably it will in December, at least temporarily, we will have no enforcement” of trade agreements, said Malmstrom.

“If we have no rules, everybody can do whatever he wants and this would be very bad, at least for developing countries,” she warned.

“Any new case brought to the WTO now probably could never be appealed, in which case everybody could do what they want,” she warned as the US and China are engaged in a trade war launched by Trump, who has accused the WTO of going too easy on China to the detriment of US business.

One example came on cue Tuesday as the WTO found in favour of Beijing regarding a seven-year anti-dumping dispute, prompting a stern US response accusing China of market distortion.

“The United States is determined to take all necessary steps to ensure a level playing field so that China and its SOEs stop injuring US workers and businesses,” the USTR vowed after the Appellate Body found for Beijing.

With the United States in particular criticising the WTO, French President Emmanuel Macron last year urged that the body be reformed.

But Washington has, so far, refused to back any of the reform proposals submitted by other members.

Malmstrom also called on China and the United States to help reform the body.

“I think we can fix it, but it requires very strong leadership,” she said.

In the meantime, the EU was building a “circle of friends with other countries that believe that trade is a good thing,” she said, mentioning in particular Canada, Japan, South Korea and the Mercosur countries that include Argentina, Brazil, Paraguay and Uruguay.