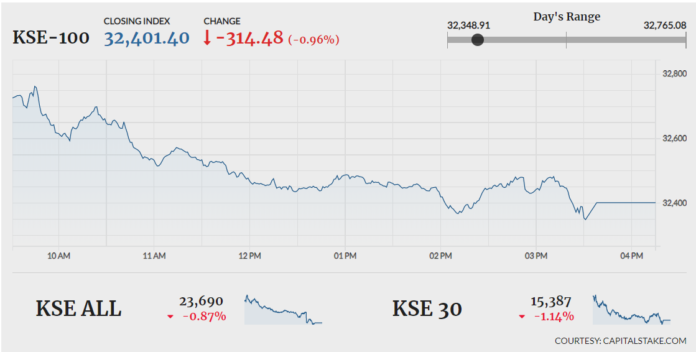 KARACHI: After posting gains for two consecutive sessions, the Pakistan Stock Exchange (PSX) once again went under the control of bears, as the indices traded in both directions before settling in the red zone.

Foreign investors remained as net buyers in the previous session with a net inflow of $1.37 million.

On the market front, Habib Bank Limited (HBL -1.71pc) declared its financial results for the second quarter of FY19. The company also announced an interim cash dividend of Rs1.25 per share. Revenue increased by 55pc YoY, while earnings per share deteriorated from Rs2.46 in the same period last year to Rs1.11 in the current period.

Pakistan Suzuki Motors Company Limited (PSMC -3.82pc) also announced its financial performance for the second quarter of FY19. The company’s sales increased by a minor 0.52pc YoY, while earnings per share declined from Rs4.78 in 2QFY18 to Rs-6.62 in 2QFY19.