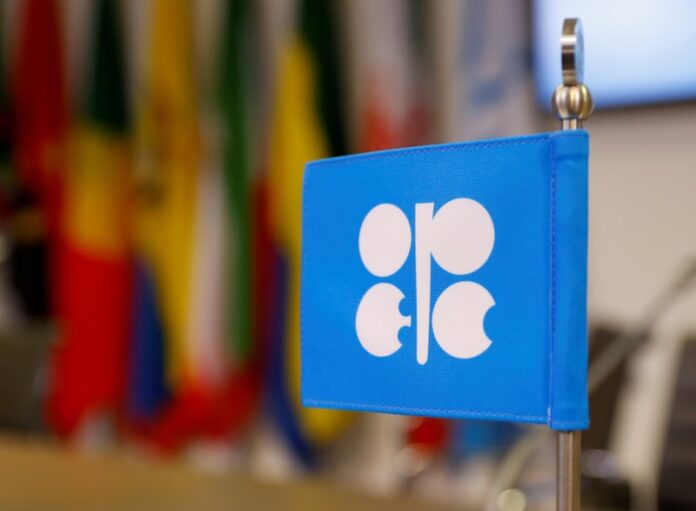 LONDON/DUBAI: OPEC has shifted the goalposts for assessing an overhang in oil inventories, giving the group more room to prolong production cuts, while analysts warn the move will offer a distorted view of market conditions.

Ever since the Organization of the Petroleum Exporting Countries and allies led by Russia – a grouping known as OPEC+ – started curbing oil output two and a half years ago, they have targeted bringing oil in storage in the industrialized world in line with the five-year average.

In OPEC’s view, eliminating the glut in inventories would achieve a balanced oil market.

Earlier this month, Saudi Energy Minister Khalid al-Falih said OPEC was using the period 2010-2014 as one metric to assess the success of its oil cuts.

Including this new metric would be a shift away from the more recent five-year average of 2014-2018, which the International Energy Agency (IEA), and OPEC itself, had used to gauge market conditions.

“2010-2014 is probably another end of the spectrum and we will be looking at a collection of metrics that would give us guidance on what to do next after the nine months are over,” Falih said, referring to when supply curbs end in March 2020.

He said the next meeting of the OPEC+ ministerial monitoring committee in September would look at stocks in terms of cover for future demand, and how much of those stocks was in pipelines and tank heels – referring to oil residue below a tank’s suction pump.

Two OPEC sources said 2010-2014 would be the main metric for measuring inventories.

They said the rationale was that the 2010-2014 average preceded 2015-2016, when inventories rose at unprecedented levels and when OPEC, led by Saudi Arabia, boosted output in a fight for market share against shale and other producers.

“This is a new perspective suggested by OPEC. We have our own perspective,” IEA chief Fatih Birol told Reuters.

“The important thing is that you can change the methodology but you cannot change the realities of the market,” he said.

OECD stocks in May were 220 million barrels above the five-year average in 2010-2014, according to the most recent monthly report from the IEA, which represents economies that are part of the Organisation for Economic Cooperation and Development.

“It’s basically telling everyone we will continue (oil supply management) for a while,” one of the OPEC sources said.

“Examining the 2010-14 five-year average will encourage OPEC+ to maintain supply restraint to rebalance the market, but putting too much focus on a single metric could result in actions that have unintended consequences,” Richard Mallinson, co-founder of Energy Aspects, said.

Mallinson said that looking at the 2010-2014 metric has its shortcomings, not least that it doesn’t take into account that global oil demand grew from 93 million barrels per day in 2014 to 100 million bpd this year.

For some analysts, such as Bernstein’s Oswald Clint, looking at inventories from the point of view of forward demand cover should also be considered. According to the IEA, in May OECD stocks on a forward demand basis covered 60 days, 1.4 days lower than the most recent five-year average of 61.4 days.

OPEC and the IEA use OECD inventories to gauge stocks worldwide, which could create another distortion. Mallinson said OECD inventories did not capture the growing importance of stocks held in non-OECD economies, particularly China and India.

THE GLUT IS BACK

Even though the latest IEA figures show a modest overhang in inventories over the five-year average, analysts generally believe the market will remain in excess in 2020.

“The worst of inventory builds are behind us with peak build rate in 4Q15,” Bernstein said in a report.

“The OPEC+ decision to extend production cuts should be sufficient to draw down OECD inventories through the end of the year, but these cuts will need to be extended through 2020 just to keep the oil market near balance,” Jefferies equity analyst Jason Gamel said.