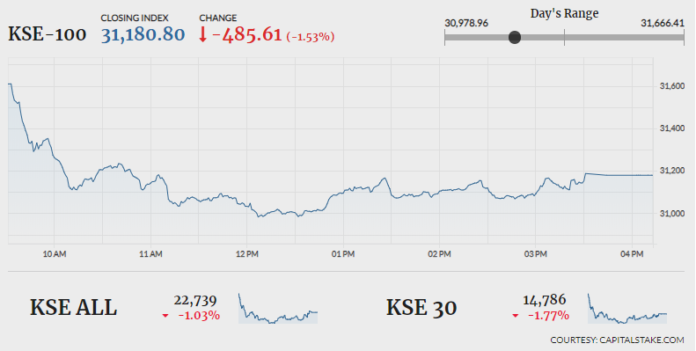 KARACHI: It was just another dull start to the trading week at Pakistan Stock Exchange (PSX) where indices dropped, volumes narrowed and trading remained range-bound.

Internal and external developments on the political front dented the market sentiments. News regarding problems in the Rs20 billion market support fund, which was recently announced by the government, also kept the investors at bay.

According to media reports, the government-approved stock market fund is facing hurdles, as the government is unable to issue sovereign guarantee under the International Monetary Fund (IMF) loan programme.

The commercial bank sector alone pulled the KSE-100 Index lower by 194.67. The oil and gas exploration sector was next in line, clinching 74.46 points off the index. This was followed by the power generation and distribution sector, taking away 51.78 points from the index.

On the other hand, the three sectors that managed to contribute positively to the index included the food & personal care products, chemical and textile spinning sectors. Their cumulative contribution was only 8.08 points.