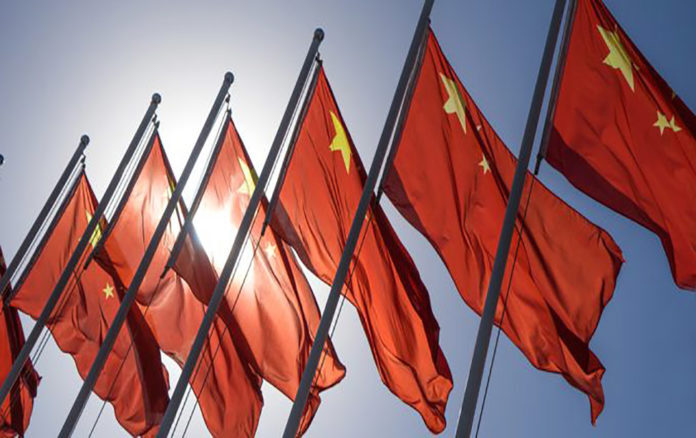 BEIJING: China’s economy showed further signs of strain in July with output at its factories falling to its lowest level in 17 years, while investment and retail sales also slowed, official data showed Wednesday.

The figures are the latest to highlight how the world’s second-largest economy is being battered by an escalating trade war with the United States and weak global demand.

Industrial output increased 4.8pc on-year in July, down from 6.3pc in June and marking the weakest pace since 2002.

It was also well below the 6.0pc forecast by economists in a Bloomberg News survey.

“Given the complicated and grave external environment and the mounting downward pressure on the economy at home, the foundation for sustainable and healthy growth of the economy still needs to be consolidated,” said Liu Aihua, a spokeswoman for the National Bureau of Statistics, which released the data.

Retail sales — which have long been a bright spot for the economy — rose 7.6pc last month, sharply down from 9.8pc in June.

Liu attributed the weaker July numbers to a reversal in car sales as consumers snapped up cut-rate autos in June ahead of new emissions standards — and claimed retail sales were normal after factoring out the impact.

But Julian Evans-Pritchard, an analyst at Capital Economics, said the reversal only partly explained the slowdown.

The new figures highlight the battle Beijing has in trying to navigate the country’s economy from exports and credit-fuelled investment to one driven by domestic consumption.

The unemployment rate notched upwards to 5.3pc in July from 5.1pc in June.

Fixed-asset investment was up 5.7pc in January-July, slowing from 5.8pc in January-June. Spending on highways, high-speed trains and airports rose 3.8pc, down from years of near 20pc increases.

“Economic conditions worsened across the board last month,” said Evans-Pritchard.

“The previous period with close to zero power production was mid-2014 to mid-2016 when the Chinese economy significantly slowed,” Lu told AFP. “It’s not a good sign.”

China’s gross domestic product growth slowed to 6.2pc in the second quarter of the year — the weakest pace in almost three decades.

The economic malaise makes it more difficult for President Xi Jinping to fight back forcefully against Washington, which is using tariffs as leverage to try to force Beijing into opening up its markets.

Chinese exporters and US retailers did get a boost Tuesday as President Donald Trump’s administration announced it was delaying tariffs on key consumer electronic goods imported from China, which had been slated for a 10pc duty on September 1.

News that top US and Chinese trade officials spoke by telephone early Tuesday offered further signs of a possible letup in the trade war that had been escalating in recent weeks.

“Meanwhile, rising tariffs and high uncertainty will take their toll on China’s exports and investment,” Kuijs said in a note.

China’s central bank last week allowed the yuan currency to fall below seven to the dollar for the first time in more than a decade, helping make ‘Made in China’ products cheaper around the world.

But markets have been waiting for more stimulus from Beijing and further monetary easing to boost the flagging economy.

Surveying the latest data, Stephen Innes, managing partner at VM Markets said: “If this isn’t a wake-up call to the (People’s Bank of China), I’m not sure what is.”