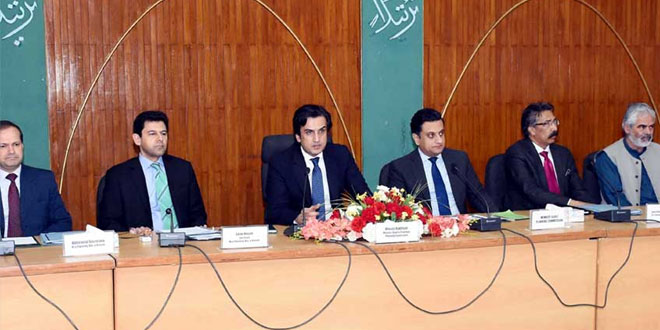 ISLAMABAD: The Ministry of Planning and Development and Reforms has raised various objections over the PC-I of a World Bank-funded project, which was aimed at broadening tax base and modernizing the Federal Board of Revenue (FBR).

The FBR had last month submitted the project to the ministry in order to kick-start its documentation/implementation process.

The government had secured a loan of $400 million from the World Bank to introduce various reforms in the FBR. However, the PC-I of FBR, the implementing agency of the project, showed that foreign loan was not required in this regard, as a number of similar projects, being financed through the Public Sector Development Programme, were already in the pipeline.

According to experts, there was not even one area in the FBR that required foreign funding. In order to increase the country’s tax base and to generate more revenue, political will and appointment of competent and professionally sound taxmen at the headquarters are needed,” they added.

Raising technical objections on PC-I of the ‘Pakistan Raises Revenue Project (PRRP)’, the planning ministry claimed that the project was submitted without any feasibility study.

“The sponsors (WB and FBR) may undertake a detailed feasibility study to identify the gaps. They also need to carry out assessment of each intervention to justify and rationalize the demands for smooth execution of the project and to avoid future revision in the PC-I,” the ministry stated.

Earlier, while approving the concept of the project, the ministry had given a direction that the lessons learnt from Tax Administration Reforms Programme (TARP) should be incorporated in the designing and implementation of PRRP for its sustainability.

The major objective of TARP was to broaden the tax base and enhance tax to GDP ratio to 13-14pc in five years. These objectives overlapped with the proposed project.

It was proposed that IT equipment would be procured and replaced under the proposed project. The ministry asked the sponsors to explain as to why the old equipment was not replaced under regular budget, as most of the equipment remained obsolete since 2014.

“Further, the sponsors may explain as to how sustainability and replacement of equipment/ software would be ensured after the expiry of equipment/software being procured under the proposed project.”

The ministry noted that the sponsors had recently installed three fixed and one mobile scanner at Karachi Port and Port Qasim under the Japan International Cooperation Agency (JIAC) grant of Rs1.8 billion.

Similarly, the FBR was also establishing an integrated transit trade management system at Wahga, Chamman and Torkham at cost of Rs31.6 billion.

The ministry furhter noted that the FBR had also submitted another PC-I titled ‘National Single Window’ at cost of Rs11.19 billion while a huge amount was proposed for the procurement of IT equipment and consultancy for process re-engineering.

Interestingly, the similar proposals have been made in the PC-I of the WB-funded project.

“The sponsors may explain as to how will they avoid overlapping/ duplication of activities proposed under the different projects of FBR,” the ministry asked.

“The sponsors may provide details of each item to justify the demand and for proper scrutiny of proposal.”

Moreover, an amount of $25.563 million was proposed for the procurement of security equipment. The ministry asked the sponsors to provide the specification of each equipment along with distribution plan to examine the proposal and avoid overlapping with the other initiative of the FBR.

“Regarding the proposed amount of $0.198 million (Rs23.246 million) for procurement of helipad equipment, the sponsors may justify the demand in the regard.”