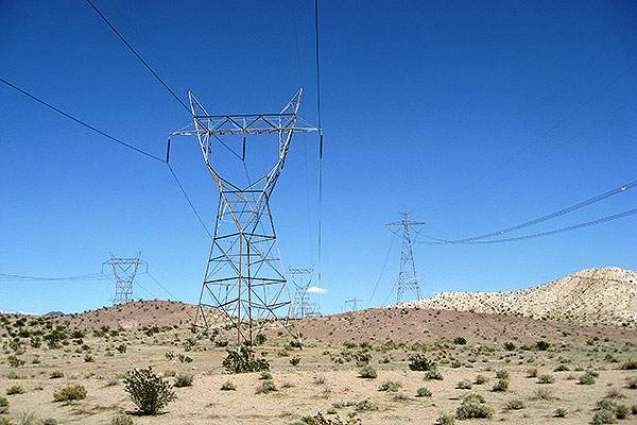 To kick off the project, a Chinese company has shipped power equipment to Pakistan for the country’s first transmission project under the China-Pakistan Economic Corridor (CPEC) framework.

Wang Youxue, member of the Party Work Committee of the Shen Fu New District of China’s Liaoning province told Chinese daily that the Fushun Electric Porcelain Manufacturing Company participated in the project as it was one of the key cooperation projects of the Belt and Road Initiative.

Youxue said the DC transmission project is also the first landing project for Pakistan to open foreign investment in the field of power transmission and transformation.

Based on the technical advantages of its own ultra-high voltage products for many years, FEPMC successfully won the bid for the alternating current and DC pillar insulators and metal zinc oxide surge arresters of the project, with a total contract value of more than 57 million yuan. Shen Fu New District has been paying attention to and supporting the transformation and upgrading of traditional enterprises in the new district.

Youxue said FEPMC is actively responding to China’s BRI. “Shen Fu New District will serve the enterprise and help the rapid development of the enterprise.”

The enterprising spirit of struggle marked significant progress in the belt and road national grid project of FEPMC.

The total investment of the project is $1.658 billion and it will be officially put into operation in 2021.

The Matiari-Lahore high-voltage direct current transmission line project has already secured financing. This is the country’s first private sector transmission project under CPEC and will transmit more than 4,000 megawatts of coal-based electricity from projects in Sindh to Punjab’s main grid.

Besides the transmission project, the Private Power Infrastructure Board is currently facilitating the implementation of power projects having a cumulative capacity of 10,934 megawatts under CPEC, which include various hydel and coal-fired projects.

CPEC envisaged a capital investment of $60 billion to generate economic activities. Most of the committed investment is targeted at improving the generation capacity and transmission capability of Pakistan’s energy sector.

Apart from focusing on energy, infrastructure and Gwadar projects, nine special economic zones are being established under the CPEC portfolio to revive industrialisation.