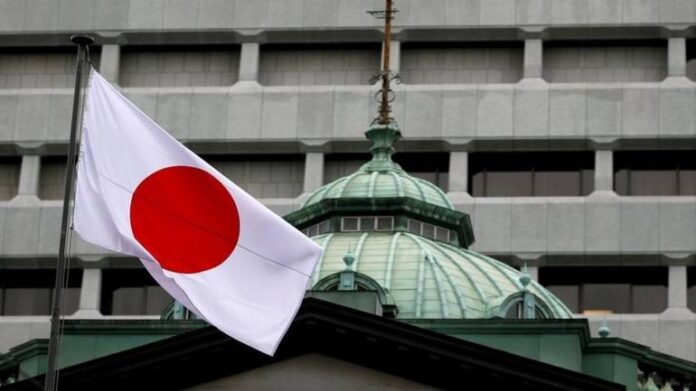 TOKYO: Japan’s economy grew at a slower pace than initially estimated in the second quarter as the US-China trade war prompted a downward revision of business spending, intensifying calls for the central bank to deepen stimulus this month.

Weakness in the global economy and worsening trade protectionism have emerged as risks to growth and added some pressure for the Bank of Japan (BOJ) to expand stimulus when it meets next week.

The economy grew an annualized 1.3pc in April-June, revised Cabinet Office data showed Monday, weaker than the preliminary reading for 1.8pc annualized growth and in line with economists’ median forecast.

The annualized growth rate translates into quarter-on-quarter expansion of 0.3pc from January-March, compared with a preliminary reading for a 0.4pc gain.

“There’s a possibility growth will turn negative in the October-December quarter,” said Izuru Kato, chief economist at Totan Research. “If worries about such negative growth deepen (in the coming months), the Bank of Japan could consider lowering interest rates further into negative territory.”

Capital spending rose just 0.2pc from the previous quarter, much lower than a preliminary 1.5pc rise and the median forecast for a 0.7pc increase.

The capex downgrade was due to government statisticians including a demand-side survey of capex in the revised GDP data, which was not in the preliminary figures and showed weakness in the sector.

“While investment by non-manufacturers, particularly software-related, maintained robust growth, it was not enough to completely offset the contraction in spending by manufacturers,” Angrick said in a note.

A private sector business survey published last week showed Japanese manufacturing activity declining for a fourth straight month in August while export orders remained in contraction for a ninth month in a row.

Private consumption, which accounts for some 60pc of gross domestic product, advanced 0.6pc from the previous three months, matching the preliminary reading.

Net exports – or exports minus imports – subtracted 0.3 percentage point from revised GDP growth, signaling the economy is feeling the pain from the global growth slowdown.