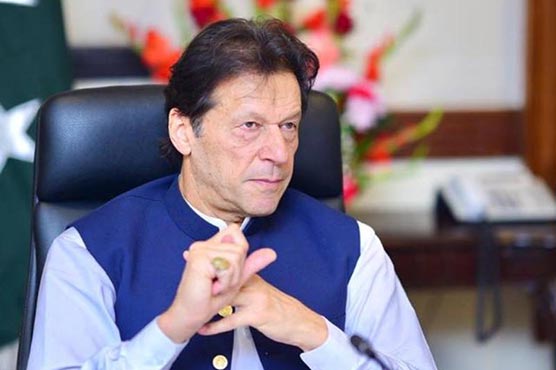 Prime Minister Imran Khan on Tuesday encouraged the Chinese businessmen to invest in Pakistan, given the latter’s efforts to promote ‘ease of doing business.’

Speaking at the China Council for Promotion of International Trade in Beijing, the premier said all investments related to the China-Pakistan Economic Corridor (CPEC) will now be dealt from the PM Office in order to remove all hurdles faced by investors.

“We have formed the CPEC Authority so that my office can make it easier for people investing in Pakistan,” the PM said. “Pakistan has completed phase one of Gwadar Free Zone and the country is encouraging businesses to make big profits as the wealth creation will enable us to lift the people out of poverty on the pattern of China.”

PM Imran also invited Chinese companies to invest in textile, IT and financial services along with physical and technological logistics, agriculture, oil and gas, tourism and hospitality sectors.

Citing reasons to invest in Pakistan, PM Imran said that the formation of special economic zones (SEZs) has come a long way.

“It’s an exciting time in Pakistan as we open up our country for business,” he said. “It is a great opportunity for people to come and invest, and as we change the mindset in Pakistan, we want businesses to come and make money.”

Highlighting corruption being one of the biggest hurdles for investors in the country, the premier wished that he could follow President Xi Jinping’s example and put 500 people in jail.

However, he said that the process in Pakistan is “very cumbersome.”

After the event, the PM was received by Premier of the State Council of the Peoples’ Republic of China Li Keqiang at the Great Hall of the People.

He was presented a guard of honour by a smartly turned-out contingent of the People’s Liberation Army (PLA).

PM Imran is expected to hold further meeting after the reception.

Foreign investment in different sectors of Pakistan’s economy slowed down by 23 per cent to $1.62 billion in first eight months (Jul-Feb) of the current fiscal year 2018-19, following completion of several early harvest projects of the CPEC.

Despite a notable drop in cumulative investment from China, the all-season friend still remained the largest foreign investor in Pakistan in Jul-Feb FY19. On the other hand, construction and power sectors emerged as the top two sectors in terms of drawing foreign investment.