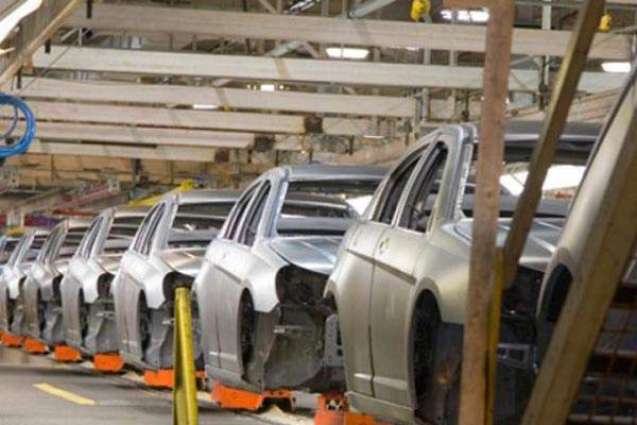 ISLAMABAD: Contrary to Prime Minister Imran Khan’s claims that his “economic team has turned around the national economy”, the large-scale manufacturing (LSM) in the country is continuously showing a worrisome decline, which may result in massive layoffs in the industrial sector.

After a slight improvement in the sector during January, February and March, the LSM industry is continuously witnessing a fall, resulting in more cuts in jobs and reduction in production across the country.

The LSM output shrank for the ninth month in a row, as its index dipped by 7.06 per cent in the second month (August) of the current fiscal year (FY20), the Pakistan Bureau of Statistics (PBS) reported.

As per the PBS data, in the first month (July) of the current fiscal year, LSM index shrank by 3.28pc.

Cumulatively, the LSM index fell by 6.04pc in the first two months of FY20 compared with the period last year. In the fiscal year 2018-19, LSMI sectors had dipped by 3.64pc as against the growth target of 8.1pc, whereas the government has set LSM target of 3.1pc for the year 2019-20.

The impact was more noticeable in the construction-allied industries as demand for housing moderated amid rising building materials prices and higher cost of financing. Automobile prices witnessed multiple upward revisions due to currency depreciations, which kept potential buyers at bay. On a year-on-year basis, the auto sector posted a negative growth in almost all variants during the second month of current fiscal year. The production of tractor dipped by 36.3pc, trucks 58.8pc, buses 38.38pc, jeeps and cars 41.71p, LCVs 10.76pc and motorcycles 12.86pc, respectively.

On the other hand, the pharmaceutical sector also suffered due to a considerable lag in regulatory adjustments in prices. The pricing issue was in addition to the weakening of the local currency, which added to the distress of an import-dependent sector. In the pharmaceutical sector, the production of syrups declined by 36.82pc, tablets by 4.95pc, capsules 2.9pc and injections 7.49pc, respectively.

Similarly, lower sugarcane production and carry forward from last year’s inventories further dampened the prospects of the sugar industry. In the non-metallic mineral products, cement production was down by 12.12pc in August. Besides, production of cooking oil and blended tea dipped by 9.71pc and 35.86pc, respectively.

However, vegetable ghee production increased by 0.66pc in August.