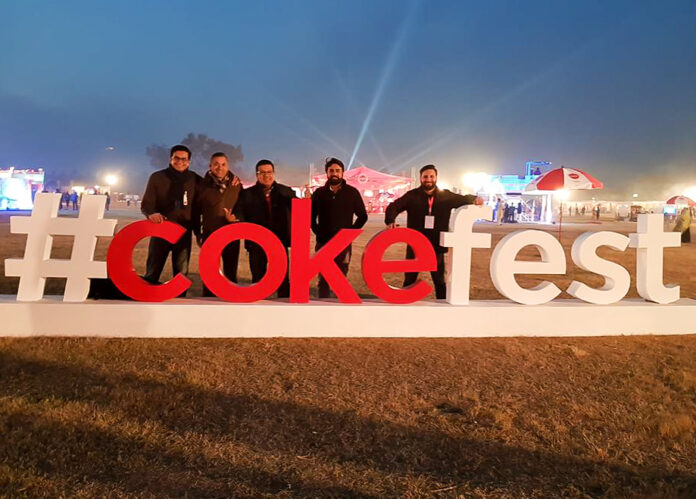 Lahore: Coca-Cola Export Corporation (Pakistan) has pulled out as the title sponsor from CokeFest, the country’s premiere food festival, amid a market slowdown and a change in management on both the local and regional level.

The annual food festival has been held by Active Media, an event management company that has had the sponsorship and blessing of Coca-Cola since it first started the event back in 2016. The food festival was the brainchild of Asad Sheikh, the ‘food guru’ behind the near 50,000 strong ‘Foodies R Us’ facebook phenomenon. The event is owned and managed by Active Media, with Coca-Cola only being a cost input sponsor.

Active media confirmed to Profit that Coca-Cola had withdrawn their sponsorship from the event, but said that the event would still be held, only rebranded. The event will now take place under the name ‘Soul food festival.’ “The festival is still very much alive. Coca-Cola has pulled out from the event for their own reasons, but all the other sponsors are still on board” said Saad M Khan, the CEO of Active Media.

However, Profit has learned that Coca-Cola has pulled out after new management questioned the return on investment that the company was getting for the amount of money it was spending on sponsoring the festival. According to a senior Coca-Cola executive, the company had just undergone management changes on both a local and regional level. According to the official, the recent recession in the economy has also hit the beverage giant in Pakistan, and that their sales had gone down in recent months.

“There were also security concerns. The event is not owned by Coca-Cola, and we make no profits from it, but it has our name plastered all over it. If anything goes wrong, it is our head on the chopping block” they ended.

However, the sudden dropping out of Coca-Cola from what had been a flagship event for the past few years still comes as a surprise, especially since the multi-national enjoyed a fruitful relationship with Activemedia. Upon further questioning regarding the issues leading up to its pulling out of the CokeFest sponsorship,  Coca-Cola once again remained mum, only saying that whatever had to be said presently has been said and if there was a need in the future to elaborate any further, it will do so through an official statement.

However, Profit has learned through insider sources that the break between Coca-Cola and Active Media came after some discrepancies surfaced in the operations of the festival. When contacted, Coca-Cola’s communication boss, Fahad Qadir, said that “After many successful editions, The Coca-Cola Export Corporation, Pakistan Branch, has decided to not sponsor FoodFest for 2019-20, in line with our evolving business strategy. All of our focus is currently on Coke Studio.”

While the event will still be held, the question still remains of how big Active Media’s ‘Soul Food Festival’ will be without a powerful name such as Coca-Cola backing it. Over the years, the event has easily become the largest food festival in the country and a lucrative business in its own right.

The last edition took place in five cities across the country including Lahore, Karachi and Islamabad, and pulled crowds of up to 100,000 people being served by hundreds of food stalls being entertained by top line performers. Whether it will be able to pull such numbers without the backing of Coca-Cola, and whether stalls will be willing to pay as much is yet to be seen.

With Coca-Cola seemingly out of the picture, other competitors in the food festival market will be looking to expand their footprint and make food festivals their own. Pepsi Cola could be a natural competitor, especially since they have already been conducting their own festival under the branding of 7UP for the past couple of years. However, what could be even more interesting is if Coca-Cola decides to launch their own festival, instead of sponsoring one – an idea not denied by them.

“However, there are all kinds of possibilities to enter into the food side. And while we have pulled out of CokeFest thanks to the recent recession, we are constantly working on new ideas on how to expand” said the Coca-Cola official.