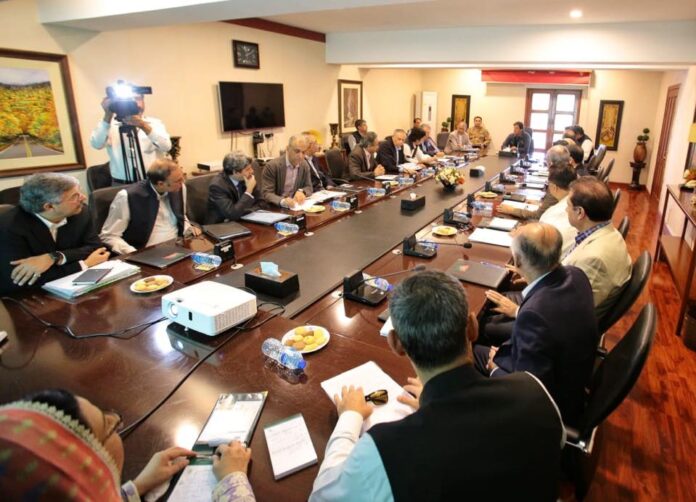 Prime Minister Imran Khan on Saturday chaired a meeting to review the current state of national economy as well as the overall performance of financial institutions.

The premier expressed contentment over Pakistan’s improvement in the World Bank’s Ease of Doing Business Index. He congratulated his economic team and termed the development as a “major achievement”.

The PM said that the indicators were improving owing to regular consultations on economic issues. “The value of rupee has stabilised and the stock market indicators are also going up,” he noted.

PM Khan directed his economic team to prioritise the facilitation of small businesses as well as to expedite constructions activities in the country.

The State Bank of Pakistan (SBP) officials on the occasion briefed PM Khan regarding the pending 46,940 cases in banking courts. They said that reforms were needed in some regulations in order to resolve the cases.

The participants of the meeting also held consultations over the promotion of small and medium-level industries. The premier was briefed that a board of governors was being established while the chief executive officer for the Small and Medium Enterprise Development Authority (SMEDA) would be appointed by December this year.

The PM was further informed that a three-year strategy plan would be approved by the authorities for the promotion of industries.

The premier asked his economic team to formulate plans to ensure the provision of facilities to the local investors. The PM also directed authorities to envisage rules to simplify remittance procedures for overseas Pakistanis.

He asserted that the provincial governments must ensure the provision of low-cost roti and flour to the people.