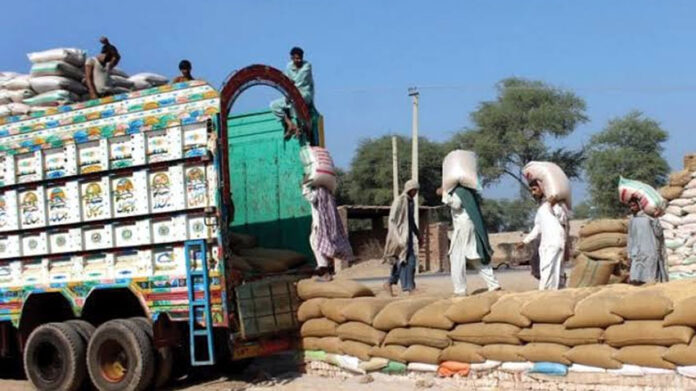 ISLAMABAD: On the directions of the Khyber Pakhtunkhwa government, the district administration of North Waziristan on Tuesday banned the export of wheat, flour, fine atta, maida and suji to Afghanistan for a period of one month to control inflation.

The North Waziristan District Administration took the decision to check the illegal export and movement of the above-stated items to Afghanistan, which could create their shortage in the district and could increase their prices abnormally.

Deputy Commissioner North Waziristan Tribal District Abdul Nasir Khan said that anyone found violating this order would be dealt with as per law.

“It has been made to appear to me by the Director, (Food) government of Khyber-Pakhtunkhwa (KP), vide his letter No. 3390/ET-Check Post for Wheat, dated 26-10-2019, that shortage of Wheat and Flour is likely to be created in North Waziristan Tribal District due to illegal movement of Wheat, Wheat Flour, Fine Atta, Maida and Suji to Afghanistan, and is thus likely to increase their prices abnormally,” according to an official notification.

“Therefore, if the said movement is not checked, it is likely to create a crises like situation in North Waziristan Tribal Districts, and (could) cause hardship for the public at large, and might lead to law and order situation,” the notification added.

Deputy Commissioner Nasir Khan said, “Under the authority of (the) powers vested in me under section 144 Cr.P.C, I do hereby prohibit and ban the movement of wheat, wheat flour, fine Atta, maida and suji from North Waziristan Tribal District to Afghanistan.”

He said that anyone, contravening this order is liable to be proceeded against under Section 188 PPC. This order shall come into force immediately and shall remain in force for a period of one month unless modified or withdrawn earlier, he added.

The deputy commissioner said that the decision was taken in the best interest of the public to check the movement of these items to Afghanistan without valid authorization.

It is pertinent to mention here that Chief Minister Mahmood Khan has already ordered a ban on the export of wheat and flour to Afghanistan.

He issued the directives while chairing a meeting on the establishment of Hattar Special Economic Zone on Monday.

CM Mahmood Khan said that an adequate quantity of wheat and flour was available in the province and that the federal government had also agreed to provide 3, 00,000 metric tonnes of wheat to KP.

The chief minister also ordered strict action against hoarders, stating that all those involved in creating artificial crisis would be strictly proceeded against in accordance with the law.

Hamid Khan Wazir
The writer is a member of Pakistan Today's Islamabad bureau. He can be reached at [email protected]