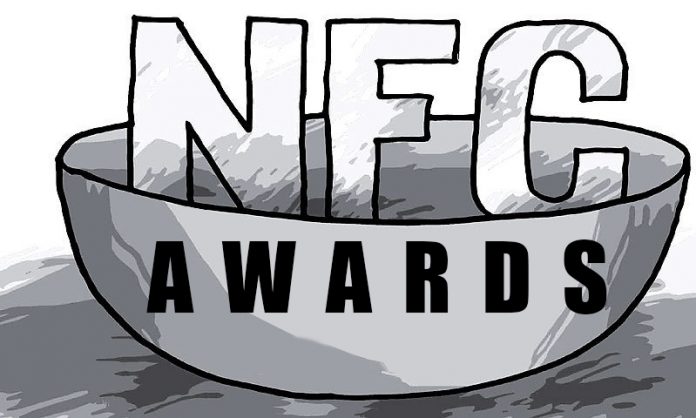 LAHORE: Federal transfers from the divisible tax pool to provinces under the National Finance Commission (NFC) award appears to be gradually increasing this fiscal year with Punjab reporting a handsome growth in its share of 16.8 percent to Rs291 billion till Oct 17 from a year ago.

“The pace of growth in the federal transfers to the provinces is picking up with the passage of each month,” a Punjab finance department official was quoted as saying in a report published in Dawn.

Punjab received 3 percent more funds in July, the first month of the financial year, compared with the same month last fiscal year. The increase was recorded at 8 percent in August and 10 percent in September.

According to the report, Punjab expects to receive Rs1,601 billion from the federal divisible tax pool this year and committed to produce a cash surplus of Rs232.9 billion at the end of the year to keep consolidated fiscal deficit at 7.4 percent of GDP.

“The provincial revenues will significantly jump, enabling Punjab throw up the cash surplus at the end of the year, even if the board succeeds in posting over 30 percent growth in tax collection instead of the targeted 44 percent,” the provincial official was quoted as saying. Additionally, he said, the overall budgeted provincial expenditure were always on the higher side allowing the authorities to “save” some money throughout the year.