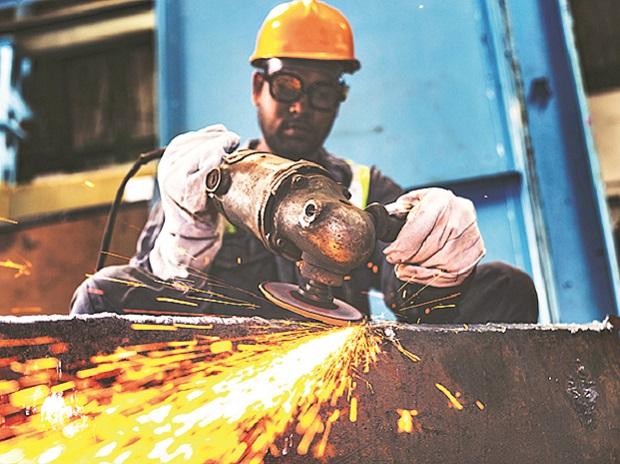 BENGALURU: India’s factory activity growth hit a two-year low in October as new orders and output rose at a slower pace, dragging business confidence to its weakest since early 2017, a survey showed on Friday, suggesting more policy easing is on the cards.

That mirrors a recent sharp deceleration in global manufacturing activity as a protracted US-China trade war took a toll on business sentiment, investment and overall growth.

The Nikkei Manufacturing Purchasing Managers’ Index, compiled by IHS Markit, dropped to 50.6 last month from September’s 51.4, confounding expectations in a Reuters poll for a rise to 51.8.

Just the same, it has held above the 50-point threshold mark that separates growth from contraction for the 27th straight month, an uninterrupted run not seen for around five years.

“Weakening demand had a domino effect in the manufacturing industry, knocking down rates of increase in production, employment and business sentiment.”

The new orders sub-index, a proxy for domestic demand, slumped to 51.3 from September’s 52.3, its lowest since October 2017. That pushed firms to slow the pace of hiring to a six month low, which is likely to raise concerns for Narendra Modi’s government given it is under pressure to create more jobs.

Moreover, in a further sign the ailing economy will take a while to recover, optimism slipped in October to its weakest since soon after a 2016 high-value currency ban that affected day-to-day operations of small- and medium-sized businesses.

The downturn in overall business activity and demand suggests the Reserve Bank of India might need to ease policy again, on top of the cumulative 135 basis points of rate cuts delivered this year.

Certainly, the inflation gauge in the PMI survey indicated the RBI has the headroom for further policy action, as input prices declined for the first time in over four years. While firms raised output costs at a faster rate compared to September it is unlikely to push overall inflation above the central bank’s medium-term target of 4%.