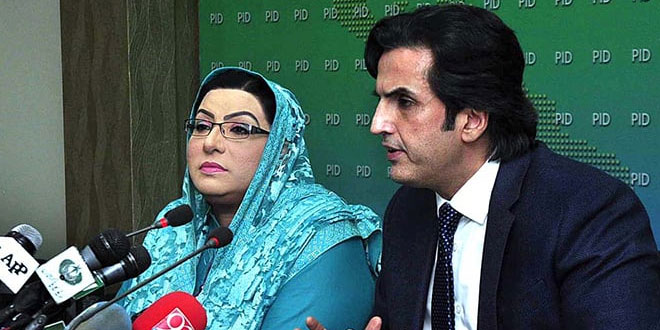 ISLAMABAD: The Cabinet Committee on China-Pakistan Economic Corridor (CPEC) has decided to take up the financing issue of Main Line-I project with China during the upcoming Joint Cooperation Committee (JCC) meeting.

Earlier, it was feared that the government may refrain from discussing Karachi Circular Railway and ML-I projects with China owing to pressure from the International Monetary Fund. “The government might not issue sovereign guarantees for the said projects until the IMF is convinced,” sources had told this scribe the other day.

On Friday, Planning Minister Makhdoom Khusro Bakhtiar chaired the meeting of the Cabinet Committee on CPEC to discuss the agenda and to deliberate upon the deliverables for upcoming JCC meeting, scheduled to be held on November 6th.

During the meeting, a detailed discussion was held on the ML-1 railway project, including the formation of a high-level financing expert group to deliberate upon loan modalities.

Meanwhile, addressing a press conference to brief the media about the agenda of the 9th JCC meeting, the minister said many important projects were scheduled to be discussed in the meeting, particularly the ‘railway revamping project’ under which the old system would be replaced by a new and modern system to ensure fast-tract development.

He said that progress and development of Pakistan was directly linked to ports and coastal belts, hence a special focus was being laid on the development of these areas. “Gwadar Master Plan will be ready by November 6.”

The minister said that financing for the completion of Islamabad-Quetta Motorway project would be discussed during the JCC meeting, while inauguration dates for various special economic zones, which would help bring investments from China and other countries, would also be finalised.

Bakhtiar said that the federal government was taking CPEC to new heights, as it was an important pillar of the country’s economic structure.

“The ML-1 project will make Pakistan Railways compatible with modern requirements. The corridor’s western route, from Islamabad to Quetta, will be completed on a war footing. The development work on Gwadar Airport is continuing with full pace. The government will complete the Karachi Circular Railway (KCR) project on a priority basis. It is taking solid steps to meet energy requirements. Special plans are being considered for the promotion of tourism in Pakistan,” the minister informed.

He said the projects initiated for the development of Azad Jammu and Kashmir (AJK), Gilgit-Baltistan (GB) and Balochistan were among the top priorities of the incumbent government.

“A joint forum has been constituted by Pakistan and China for the enhancement of the industrial sector,” Bakhtiar added.

The minister thanked the IMF for reinforcing the need for higher public sector development spending. He highlighted contours of development budget and mentioned that focus of the development outlay was early completion of ongoing projects.

Bakhtiar said that the government was obligatory under the Water Policy to allocate 10pc of resources under PSDP for water sector to enhance the country’s water storage capacity.

“The government is trying to leverage private sector resources to complement development needs of the country,” he added.

The IMF mission chief expressed his optimism over Pakistan’s economic future. “Pakistan’s economy is showing signs of recovery as more machinery is being imported which in itself reflects greater confidence in the country’s investment prospects.”