Index crosses 35,000-mark for the first time in four months 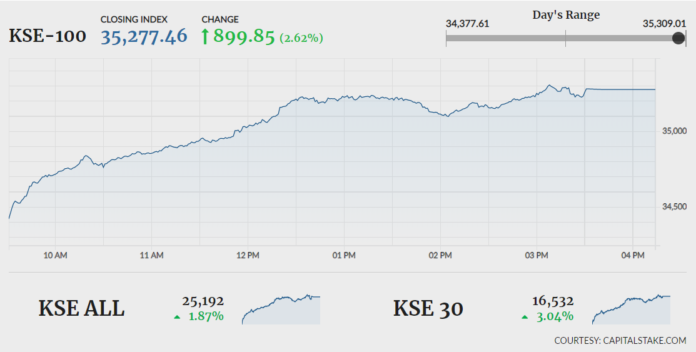 KARACHI: Bulls of the Pakistan Stock Exchange (PSX) remained dominant on the first trading session of the week, as the indices moved north right from the word go, helping the index cross 35,000-mark for the first time in four months.

According to media reports, cement sector has witnessed a growth of 9.19pc in sales during October 2019. Despatches stood at 4.98 million tonnes as compared to 4.56 million tonnes in Oct 2018. Local sales appreciated by 7pc, while exports surged by 28pc.

Meanwhile, the management of Dandot Cement Company Limited (DNCC -6.56pc), in a notification sent to the exchange, announced that the company would shut down its plant due to lack of finances for its own needs and to invest in the BMR project.