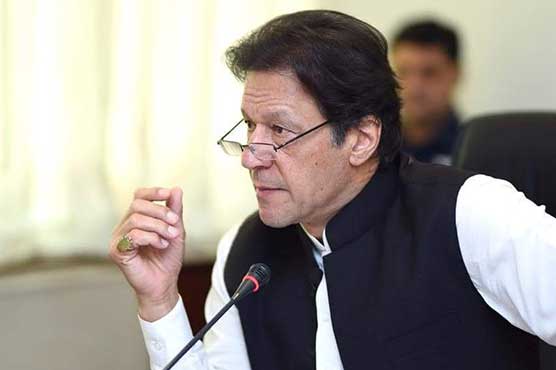 ISLAMABAD: Prime Minister Imran Khan, while appreciating the improving economic indicators, has said the government had made tough decisions during its first year which were now bearing fruits.

Chairing a meeting of his economic team on Monday, the prime minister said the international financial institutions, including the World Bank, had also acknowledged the government’s efforts in the economic sector and their outcomes.

The meeting was told that during the last few months, both the fiscal and budget deficits had been controlled, putting the national economy on the right track. The FBR had increased the revenue collection by 16pc and the government was no more borrowing from the central bank.

The prime minister was apprised that in order to curtail the government expenditures, fiscal discipline was being strictly observed and around Rs50 billion had been saved by releasing no supplementary grant during the first fiscal quarter.

The meeting also reviewed the administrative measures to control inflation by addressing the demand-supply gap.

The PM directed the authorities concerned to review the prices of daily use items on a weekly basis and ensure their strict monitoring in this regard. He said it was among the government’s priorities to control the prices of essential commodities and all-out efforts would be made to provide relief to the common man.

The meeting decided to examine the pace of development projects to ensure the utilization of the allocated budget. In this regard, the PM sought monthly report from all the ministries on their respective development projects, besides calling for establishment of an effective monitoring mechanism.

During the meeting, the prime minister directed to finalize the proposals to strengthen the banking courts within fortnight in coordination with the law ministry to ensure their timely implementation.

The meeting also deliberated over the measures to revive the sick government units.

A progress report was also presented to the prime minister on the implementation of the decisions taken during the previous meetings to improve various sectors, including construction, special economic zones, incentives for the industries relocating to Pakistan, setting up of CPEC Authority, ease of doing business, SMEs’ promotion, engagement of foreign investors and firms to uplift the airports’ management and enhancing exports to China.