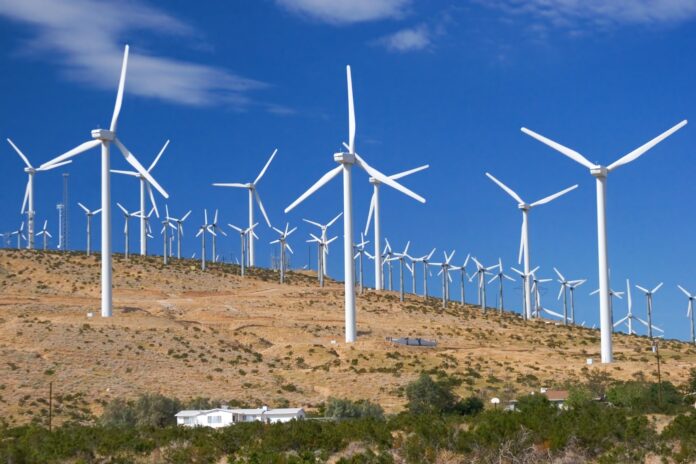 Alternative Energy Development Board (AEDB) has signed an agreement for the construction of 11 wind power projects which would generate 550 megawatts electricity.

According to a statement issued on Tuesday, AEDB Chief Executive Officer Rana Abdul Jabbar signed the agreement with concerned companies to build 11 windmills in Sindh which would inject electricity up to 550MW to the national grid.

The contracts have been handed over to the 10 private companies which would construct the aerogenerators on separate localities in Sindh’s Jhimpir village to produce electricity for the energy-starved country.

According to details, the companies would construct 50MW windmills each and one 60MW aerogenerator to produce electricity in the mid of 2021.

The latest agreement would also make a shift towards renewable energy generation by the federal government that had set a target to produce electricity through alternative sources of power production up to 20pc instead of using furnace oil.

Power Division Minister Omer Ayub Khan had already announced the government’s plan to generate 8,000MW of electricity through renewable energy by 2025. The minister said that around 85pc electricity would be produced through domestic resources to provide the commodity on affordable rates to the consumers in the country.

- Advertisement -
Facebook
Twitter
Linkedin
WhatsApp
Email
Previous articlePakistan’s exports to China will increase after new FTA: Dawood
Next articleHuawei to give staff $286m bonus for helping it ride out US curbs