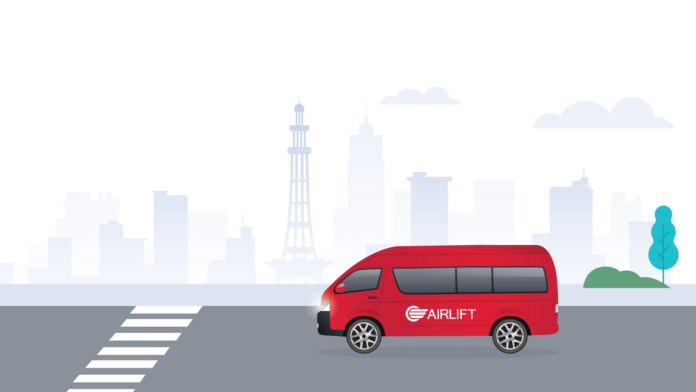 ISLAMABAD: Airlift, a ride-hailing app service for mass transport, on Tuesday signed a memorandum of understanding (MoU) with the federal government to become pioneers of ‘battery buses’ in Pakistan’s public transport system.

Speaking on the occasion at the Ministry of Science and Technology, Airlift Executive Director Syed Mehr Haider maintained that “every Airlift bus on the road is a replacement for ten regular cars”.

He told the attendees about the $12 million funding that Airlift had raised in its Series A financing. It is the largest funding ever for a Pakistani startup and so far, one of the largest raised by any startup within the South Asian region.

For his part, S&T Minister Fawad Chaudhry spoke a lot more about former prime minister Nawaz Sharif’s departure than about the MoU in question.

However, the little that he did say on the subject included several targets for the government’s science and technology sector, and how companies like Airlift can help the ministry achieve its targets. He said that the government hopes to produce 30pc of total electricity through green sources.

“These youngsters have pursued this entrepreneurship idea and have managed to raise funding for it. I always tell young people to focus more on entrepreneurship than seeking jobs,” he said.

The minister informed that the federal government’s MoU with the Punjab government for an IT park, as well as the promotion of herbal medicine, is in final stages. “Our target is that 4pc of our GDP should come from biotechnological products.”

He said that the government wants to produce agricultural drones as well, which would also be used as ambulances. “For that we also plan to take on board Pakistan Air Force and other services so that Mian Nawaz Sharif does not have to call an air ambulance from Qatar.”

He said that in the current budget, the S&T ministry funding was increased 600pc, while he hopes it will be enhanced to 1,500pc in the next budget.

Airlift is spearheading the third wave of ride-sharing, in which higher capacity vehicles are playing an increasing role in enabling urban commute. With its new found financing, Airlift is looking to invest in technology and operations to scale its vision for a decentralized mass transit system, initially focusing on the developing world.

At the time of the Series A funding, Airlift’s Co-Founder and CEO Usman Gul had said, “In the future, mass transit systems will be dynamic in nature, catering and adapting to the changing needs of the urban population. Our vision for a decentralized mass transit system is a new concept, one that will fundamentally redefine how people commute in urban centers.”