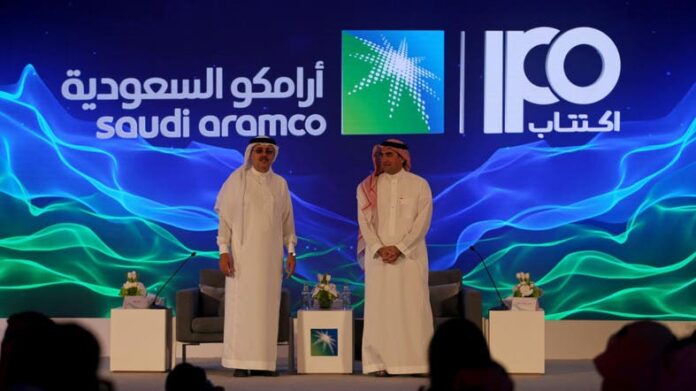 RIYADH/DUBAI: The institutional tranche of Saudi Aramco’s initial public offering (IPO) has been oversubscribed while the retail portion has received a little more than 10 billion riyals ($2.67 billion) in orders so far, a banking source told Reuters.

Aramco, which did not immediately respond to a request for comment, plans to sell 1.5pc of the company, or about 3 billion shares, at an indicative price range of 30 riyals to 32 riyals, valuing the IPO at as much as 96 billion riyals and giving the company a potential market value of between $1.6 trillion and $1.7 trillion.

Representatives of the state-owned oil giant plan meetings with investors in Dubai next week, sources have said, for what is expected to be the world’s biggest share sale.

Aramco has said at least one-third of the sale is expected to be covered by retail investors, who have until Nov 28 to sign up for the IPO.

Aramco kicked off the sale process on Nov 3 after a series of false starts. The deal is crucial for Crown Prince Mohammed bin Salman’s plans to raise billions of dollars to invest in non-oil industries, create employment and diversify the world’s top crude exporter away from oil.