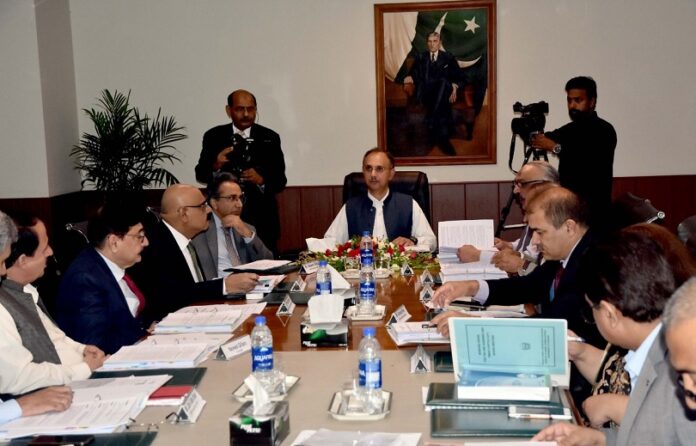 ISLAMABAD: Power Minister Omar Ayub Khan said on Thursday that the government was bringing a revolution in the power sector in order to make it efficient, sustainable, secure, affordable and competitive.

Chairing the 126th meeting of the Private Power and Infrastructure Board (PPIB), the minister said the government was promoting the use of hydro and coal along with wind and solar resources to lower the power tariff.

“We are focused on removing the bottlenecks and ensuring ease of doing business in the country so that the investors are encouraged to initiate new projects and expand their operations,” he maintained.

During the meeting, the board approved the execution of an Implementation Agreement (IA) with Pakistan’s largest coal-based power generation project and allowed extension in the financial closing date of the project as proposed by the PPIB.

The 1,320MW coal-based power project by Thar Coal Block-1 Power Generation Company (Pvt) Limited (TCB-1) holds significant standing among the fleet of China Pakistan Economic Corridor projects. The project was at an advanced stage of development, as critical milestones, including the issuance of Letter of Support (LOS) and signing of Power Purchase Agreement (PPA), have already been achieved.

The meeting was informed that the project would most likely start power generation by March 2021. “It will be connected with the Matiri-Lahore Transmission Line, which is currently under construction and scheduled to be operational by the start of 2021.”

PPIB Managing Director Shah Jahan Mirza briefed the board that under the government’s vision, PPIB has started issuing LoS under the Tripartite Letter of Support (TLoS) Regime of Power Generation Policy 2015, adding that PPIB has so far issued TLOS to 7.08MW Riali and 8MW Kathai hydropower projects.

“This demonstrates PPIB’s aggressive approach towards harnessing the country’s hydro potential,” he said.

The tariff of these projects has been fixed by NEPRA as Rs8.1811 and Rs8.0868 respectively.

He informed that the 700MW Azad Pattan Hydropower Project has recently been included in the CPEC framework, adding that the project would be completed by June 2026.

NEPRA has already determined tariff of Rs7.4064 for the project.