Indian stock gains to be limited in 2020 as economy slows 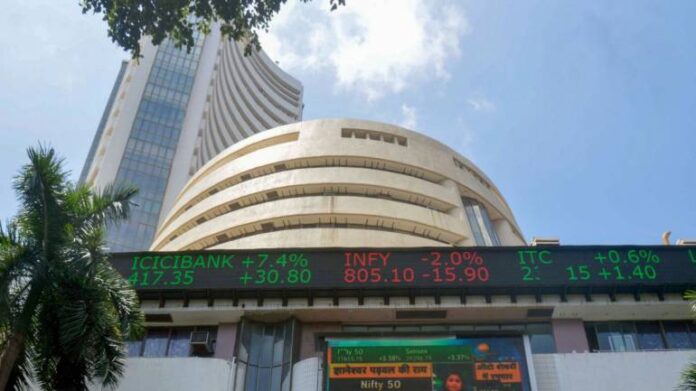 BENGALURU: Indian stocks are set to rise further over the coming year, according to a Reuters poll of equity strategists, but those gains will be limited as fiscal stimulus and easy monetary policy fail to reverse an economic slowdown.

The BSE Sensex index was forecast to rise another 6.7pc to 43,645 by end of next year from Monday’s close of 40,889. It has gained over 13pc in the past two months and repeatedly set record highs after the Indian government announced several measures, including a corporate tax cut.

That expected rise in stocks in the Nov 11-26 poll of 50 strategists would be half the rally so far this year and similar to the average rate for fixed deposits – a relatively safe asset – in Indian banks.

“The slew of measures announced by the government in recent months and the Reserve Bank of India reducing rates should result in only a very gradual recovery in demand over the next 12 months,” said Sher Mehta, director at Virtuoso Economics.

“As a result, the pace of economic recovery and earnings growth is likely to be subdued over the next two years. This, in turn, should cap stock market gains over the next 12-month period and beyond.”

When asked what would most likely drive Indian stocks over the next 12 months, a significant minority of respondents – 17 of 48 – said it would be a recovery in demand and 15 analysts said global capital inflows.

Foreign portfolio investors (FPIs) have turned net buyers of Indian equities after being net sellers in July and August. Capital inflows in domestic equities touched a seven-month high in November, according to data from National Securities Depository Ltd (NSDL).

“Buying opportunity enthused FPIs (are set) to look into the Indian market. FPIs are expecting stable governance, and we are at the bottom of everything – whether it is GDP, unemployment or consumption. From here, improvements are expected,” said KK Mittal, vice president at Venus India.

Still, less than a fifth of strategists in the poll said fiscal stimulus was most likely to be the major driver in gains over the coming year.

“The government is announcing stimulus time and again, but the stimulus will not have an immediate impact on the economy or on consumption or investments,” said Mittal.

A separate Reuters poll predicted the RBI would cut its key interest rate for the sixth consecutive time at its meeting next week and ease again next year, which might provide a further boost to domestic equities.

But the average price-to-earnings ratio is currently at a high not seen since at least the turn of the millennium, and the recent surge in stock prices has raised concerns over their valuation.

“I see a selective downside in stocks that have already moved up too much because of valuation concerns. We can see some correction due to valuation reasons in those stocks that have taken the market to an all-time high,” said Rudramurthy BV, managing director and research head at Vachana Investments.