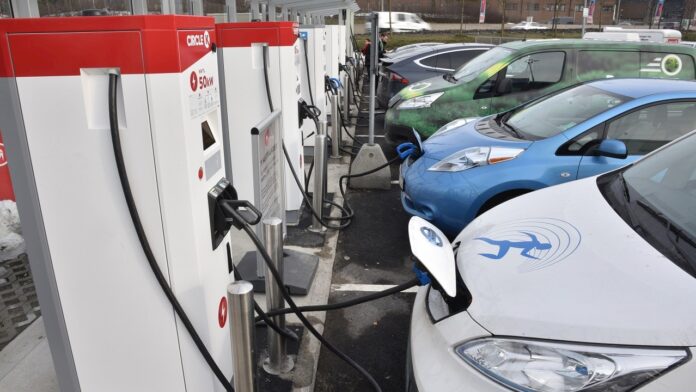 BRUSSELS: The EU’s powerful anti-trust authority on Monday approved billions of euros in subsidies from seven member states as Europe seeks to make up lost ground in batteries.

The move is part of a big push led by Germany and France to prepare Europe for the emergence of electric cars, as gas combustible engines are phased out over climate change concerns.

The European car industry employs over 10 million people and the EU is deeply concerned about Europe’s dependence in a high strategy sector on car batteries from Asia.

Batteries represent 40 per cent of the cost of an electric car and are currently manufactured by companies in South Korea, China and Japan.

The mega subsidy of 3.2 billion euros ($3.5 billion) from Germany, France, Italy, Poland, Belgium, Sweden and Finland will go to a consortium of 17 companies and will help generate an extra five billion euros in private investment, a statement said.

The European Commission, the EU’s executive and anti-trust enforcer, usually holds a strict line against state subsidies, but in 2014 gave more leeway for countries to back strategic transnational projects.

“I am delighted that the Commission has verified and authorised the first major battery project in Europe in just a few weeks,” said German Economy Minister Peter Altmaier in a statement.

This is “a great success for Germany and Europe,” he added.

The wave of new subsidies is part of something called the European Battery Alliance, a rare effort by Brussels to centralise industrial policy.

The campaign, launched in 2017, was designed to entice European industry to create a so-called “Airbus of batteries”, in reference to the aviation giant that was born from wide array of semi-private companies a generation ago.

“The emergence of the European battery industry will contribute to the achievement of the objective set by the European Union to become the first carbon-neutral continent by 2050,” said French Finance Minister Bruno Le Maire.

To come to fruition, the Green New Deal will require EU member states to further open national coffers, a prospect that has already received resistance from Germany, the Netherlands and other wealthy northern states.