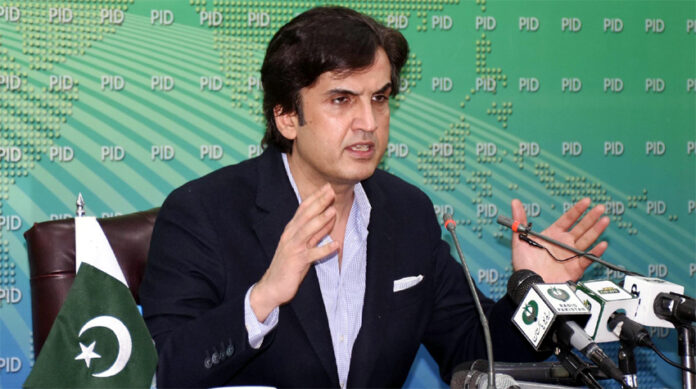 ISLAMABAD: A meeting regarding the distribution of wheat from Pakistan Agricultural Storage & Services Corporation (PASSCO) to flour mills of Sindh and Khyber Pakhtunkhwa was held under the chairmanship of National Food Security & Research Minister Makhdoom Khusro Bakhtiar on Monday.

Khusro Bakhtiar underscored the need for timely release and availability of wheat from PASSCO to Sindh & KP.

The meeting focused on the availability of wheat in the country and its pricing trends; release of wheat from PASSCO and its finical implications; viewpoint of PFMA on delayed release of wheat; transportation issues and distribution of wheat stock among flour mills of Sindh.

After detailed deliberations, it was unanimously agreed that PFMA would deliver the wheat flour at the ex-mill price of Rs43 per kg in Karachi.

The minister called for the constitution of a committee, comprising representatives from PASSCO, Sindh & KP food departments and PFMA, under the chairmanship of national food security secretary, to ensure smooth and timely distribution of wheat to provinces.