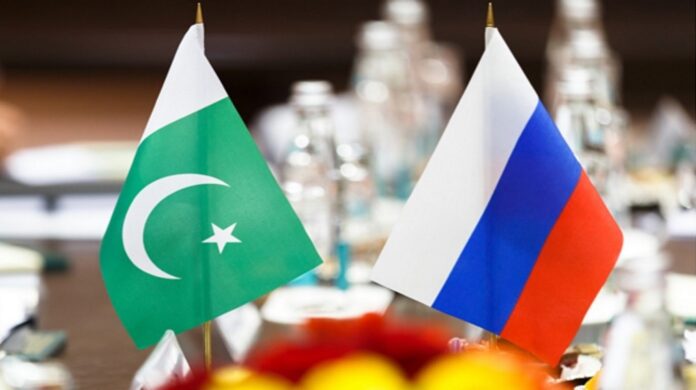 ISLAMABAD: Russia has signed a new trade deal with Pakistan, pledging to invest heavily in the country’s industrial sector.

According to government officials, Russia would provide financial assistance worth $1 billion for the rehabilitation of Pakistan Steel Mills (PSM).

Moreover, Moscow would also invest a hefty amount to enhance the volume of bilateral trade between the two countries.

“Russia’s Sukhoi Superjet 100 (SSJ-100) planes will be supplied on both wet and dry lease with an option to purchase,” Pakistani officials revealed. “The narrow-bodied aircraft with a dual-class cabin is capable of transporting 100 passengers over regional routes.”

They said that the agreement was made by a 64-member delegation, led by Russian Industry and Trade Minister Denis Manturov.

Islamabad, which purchased MI-35 helicopters in 2018, is interested in other Russian hardware as well. The two nations aim to increase bilateral trade which last year stood at $700 million. Pakistan’s exports to Russia reached $150 million while imports from Russia were recorded at $250 million.

Last week, Pakistan and Russia signed an agreement on the settlement of mutual financial claims pending for a long time. Pakistan repaid a $93.5 million debt to Russia.

“We have resolved all the problems … Russia will come to Pakistan strongly now,” said an official.

The two sides also discussed investments in the much-delayed North-South gas pipeline. Russian companies are expected to build a gas pipeline from Karachi in the south to Lahore in the north-east in order to transport imported natural gas and to meet the region’s energy demands.

Earlier this year, Russia promised a $14 billion investment in Pakistan’s energy sector, including $2.5 billion for the North-South pipeline project.

A Russian company has developed a project to convert the Muzaffargarh thermal power station to coal and establish a 600-megawatt coal-fired power plant at Jamshoro. Moscow would also help Pakistan construct a railway track from Quetta to Taftan.