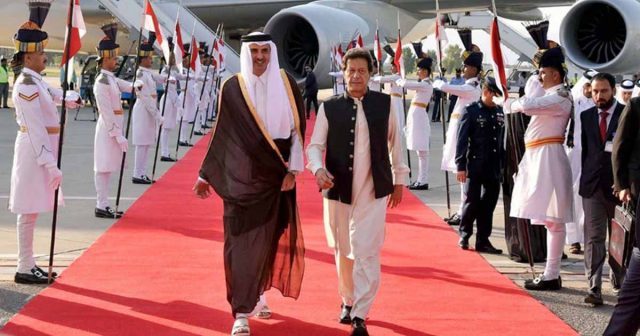 In order to enhance bilateral trade, Pakistan and Qatar have agreed in principle on a preferential trade agreement (PTA) and a free trade agreement (FTA), a private media outlet reported on Monday, adding that the agreements would soon be signed after necessary formalities.

Pakistan has also offered to establish a plant in Qatar to manufacture footballs for the FIFA World Cup 2022 as well as subsequent football tournaments.

The Nebras Power Consortium will take part in the privatisation of the Haveli Bahadur Shah and Balloki power plants in Pakistan.

It has formally informed the Pakistani government about its interest and hoped that it would promote direct cooperation between the two governments in the fields of energy and power generation.

Pakistan has expressed an interest in exporting sports goods for the FIFA World Cup 2022. Qatar has welcomed Pakistan’s interest and said it would consider its goods on the basis of price and quality for the mega event.

The document also read that the Pakistani government had fully endorsed a report sent by the Qatar government to the World Trade Organisation (WTO) to recognise its products, including Liquefied Natural Gas (LNG) and natural gas, as ecofriendly.

Qatar has also requested additional traffic rights to enhance aviation links with Pakistan. The two countries will consider the matter on a commercial basis.

The two countries have agreed on an air service agreement in the near future to enhance bilateral cooperation between Pakistan and Qatar in other areas of aviation and agreed to hold further meetings during the forthcoming air service talks scheduled to be held in Shi’ar Uqba, Jordan where further progress is expected in this regard.

According to Qatar’s media, the two-way trade exchange between Qatar and Pakistan reached QR9.5 billion in 2018, witnessing an unprecedented 63pc growth as a result of better ties. The balance of trade is currently skewed in favour of Qatar due to the export of high-valued products to Pakistan. But the South Asian nation is also working aggressively to enhance collaboration in the field of manpower aiming to increase the flow of remittances, which will eventually make the economic relations more balanced.