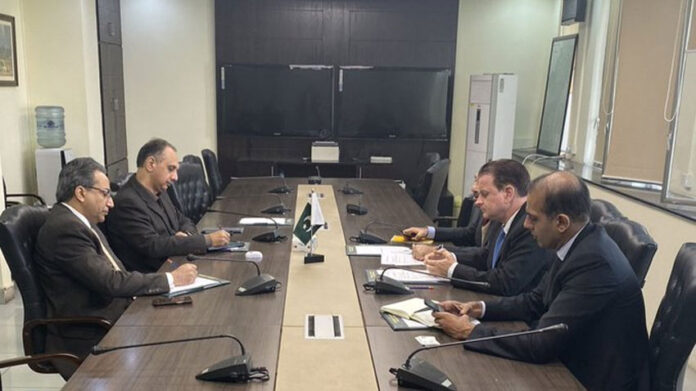 ISLAMABAD: Asian Development Bank (ADB) has planned to invest $2 billion in Pakistan’s energy sector over the course of next three years.

“With the fresh release of $300 million to address the country’s issues regarding circular debt, ADB has cemented its position as the top energy sector partner of Pakistan,” said ADB Director General for Central and West Asia Werner Liepach during a meeting with Power Minister Omar Ayub Khan and Special Assistant to Prime Minister on Petroleum Nadeem Babar on Wednesday.

ADB’s Country Director for Pakistan Xiaohong Yang was also present on the occasion.

The meeting took stock of the ADB-funded projects in the energy sector and it was decided that a comprehensive portfolio review meeting would be held by the end of this month between the Power Division and ADB to steer the projects to their logical culmination.

It was also agreed that all efforts would be made by both sides to ensure maximum transparency during the execution of projects.

During the meeting, the ADB showed interest in facilitating technical studies for the gas storage facility in Pakistan. “In a later phase, the ADB can also consider financing the projects,” Liepach observed.

The ADB members were apprised of the new Renewable Energy Policy, which would be placed before the Council of Common Interest (CCI) in its scheduled meeting by the end of this month.

The officials were briefed regarding various steps taken by the Power Division to boost the efficiency of the system and its campaign against power theft. The circular debt capping plan was also being variously perused and implemented by the Power Division, resulting in considerable reduction in its growth from Rs39 billion a month to Rs12 billion per month, it was informed.

The ADB team expressed satisfaction over the steps taken by the Power Division, terming the efforts a positive for the sector’s growth.