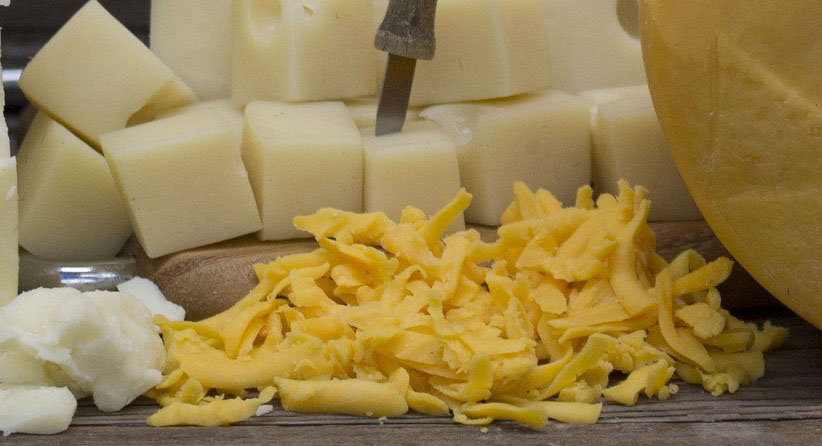 You hear it everywhere. We have too many imports and too few exports. How can a country be expected to progress when you are bringing in more things than you are sending out? Forget the impossibility of an even balance of trade, we cannot even bridge the gap just a little.

It is all the usual drawing room drivel. One of those little nuggets of wisdom almost everyone will let you know for free as if they are doing you a favour. You can almost imagine an uncle leaning forward, teacup ever so slightly lifted from his saucer, explaining how we need to import less and export more, before he leans back and sips at his tea, content in his genius assessment, distraught that the lame ducks over at the government still have not managed to figure it out.

As over emphasised a fact as it is, however, the reality is that Pakistan’s domestic industry continues to suffer because of this imbalance. This suffering has perhaps never been as striking as it has become in the last two decades, and the fountainhead can be found at the plethora of unplanned Free Trade Agreements (FTAs) that have brought a flood of imported goods, particularly from China, that have crippled domestic producers and industries.

“We have had to close down our shoes factory because of the high costs we were incurring. Not only were costs rising, but China was putting up better quality products on the market for cheaper rates,” said Saleem Shah, a local businessman and former shoe factory owner. Once a 100% domestic producer of footwear and an important contributor to the local industry, he has since become a simple agent for the Chinese, importing shoes from there and used his old distribution channels to offload tons of them.

The whole country remained in awe of the Chinese supremacy in production for a long period of time. However, China was not only offloading its products in Pakistan but it was doing throughout the world. The awe that Pakistan was in was partly due to Chinese genuine efficiency and cost effectiveness due to large scale production.

Pakistan has been steadily increasing the products it imports from China since 2007, when the two neighbours first signed an FTA. In the first year after the signing of the FTA, the imports from China rose to $4.1 billion from the earlier $2.9 billion. A decade down the line, and Pakistan has imported $15.3 billion worth of goods in 2017 from China.

And while a part of the imports can be attributed to CPEC-related development works, Pakistan has been sluggish in increasing their exports via the FTA. From half a billion dollar in 2006 (before FTA), exports have only gone up to $1.5 billion by 2017. For Pakistan, the FTA then simply just becomes another receipt to import more goods and disturb local industry.

The trend is not a new one. According to TRT World, Pakistan has more than 60 BITs with different countries – one of the largest portfolios held by a developing country. Ask the experts and they will tell you how most of these are unplanned and signed by officials who had no idea what they were doing.

“Even government records admit that the Pakistani government did not fully appreciate the nature of the obligations they were undertaking,” says Poulsen of University College London.

“In many cases, Pakistani officials in the past looked at the BITs mainly as a photo opportunity; something for the press, a kind of a diplomatic token of goodwill.”

This lack of insight when signing FTAs has proven a bane. In an attempt to stay politically afloat, successive governments continued to sign such unhelpful deals, all the while keeping the dollar at ankle length artificially. In this process of keeping the rupee up, billions of dollars were squandered. According to one assessment, Ishaq Dar’s tenure as Finance Minister saw the spending of $26 billion to this end. This subsequently changed consumption patterns of the masses, especially those living in urban areas.

The tastes that developed in the wake of this import positive policy are ones that are hard to kick. From Nutella to imported crisps, drinks, erasers, pencils, makeup, and all manner of commodities as well as cars, the populace got an inkling of the good life. These products were imported at artificial dollar rates, and allowed to become mainstream, at least in urban centers. Perhaps one of the most interesting examples of imports and their effects on the market in the long term has been that of cheese. 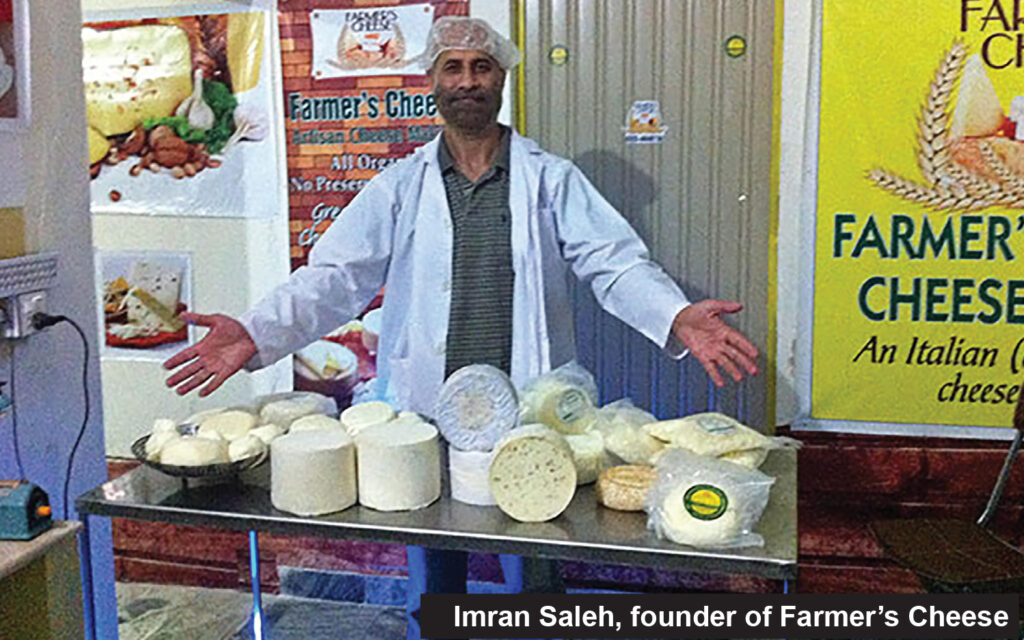 The good life was never going to last, however, and much of the current on the ground economic crisis has to do with the bubble of this import happy, care free attitude finally being burst at the hands of reality. Now, finally, the dollar has been given its due respect and has appreciated to its natural state.

And the same imported goods that everyone had gotten used to are suddenly not being sold at the same old ‘reasonable’ prices. In fact, they have seen significant surge in prices. A single packet of sliced cheese, that humble yet vital key to so much goodness in so many different dishes, has soared from Rs 230 to around Rs 400.

One is forced to wonder at the state of Pakistan’s industry. We cannot even produce an affordable packet of cheese apparently, and as soon as our import bubble burst, we have been in the long descent downwards, and we have lost our cheese somewhere in the fall. It is an unfortunate reality to confront, but if Pakistani industry cannot produce a packet of cheese below Rs400, how can one reasonably expect it to produce anything worthwhile at all?

Last year, the government’s decision to ban cheese imports made headlines. Pakistan imported $3.34 million worth of cheese just last year. This is despite the fact that Pakistan is the third largest producer of milk in the world, and more than has the raw material potential to substitute imported cheese producing it domestically.

On a larger scale than cheese, the government’s recent curbs have contracted imports to $54.8 billion in Financial Year 2019 as compared to $60.8 billion in FY 2018. It means the demand for imported goods have dropped by $6 billion – giving a margin to domestic manufacturers to tap. The lower imports reduced trade deficit by 15.3% in FY19. The moment is opportune, and it is only for the investors to go out and grab the markets being created in the vacuum created by imported products.

But there are other barriers to industry, including in the cheese business. Imran Saleh, the founder of Farmer’s Cheese, said that business persons in Pakistan go after quick bucks and the cheese business is not that easy, especially in the production of non-processed cheese.

“Pakistan has all the potential to not only substitute imported cheese, but also produce surplus cheese that could be exported. But dividends come slowly in this business, and people here want to make quick bucks and don’t know the concept of establishing strong foundations before moving on towards growing the business gradually” Saleh said.

Saleh, who has over a decade of experience in the cheese business, estimates that even a billion rupee investment in cheese production would not be enough to cater to just the cheese demand of Lahore alone. Despite the curbs to imports, roughly 70% of Pakistan’s cheese demand is fulfilled by imports.

However, he said that the restrictions on imports put in place by the incumbent government and dollar depreciation were now encouraging new players to enter the cheese market. He cited an example of a cheese importer, who was now preparing to start producing cheese locally.

“The demand for cheese is increasing day by day during the last decade. There used to be few pizza shops or places, who used to offer food that has cheese. But now they are everywhere. The problem, however, is that Pakistanis do not know the difference between cheeses, and which cheese is good for health and which is unhealthy” he explained.

The past two decades have been good to importers and consumers alike. Now, it is time to face the music.

In plain economic terms, the government has attempted to lay the ground for the revival of domestic industry for domestic consumption as well as export opportunities. Hiking duties on imports and leaving the rupee to market forces, which has depreciated by 49% since December 2017, is expected to put the domestic industry on the right track.

However, according to some businesspersons, it has not accrued the desired results. Mohammad Adeel, who runs a leather import business that has been in his family since 1977, claims that most of the industries in Pakistan have to import raw material to produce final product for domestic use or final product because no viable industry has been established at a grass roots level for raw materials. This would mean that with increasing import prices, local production would still be affected. One can only hope that the government’s move will prompt enough activity in the market and encourage investment, rather than making frying pan problem into a fire problem.