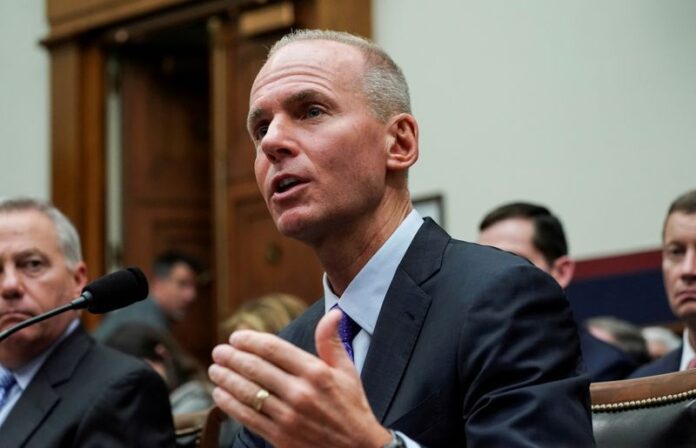 The departure comes as the world’s largest planemaker struggles to win regulatory approvals for its grounded best-selling jetliner while trying to repair trust with passengers and airline customers.

“The board of directors decided that a change in leadership was necessary to restore confidence in the company moving forward as it works to repair relationships with regulators, customers and all other stakeholders,” the company said.

The company’s shares, which have fallen more than 20pc since March, rose more than 2pc to $335.24 in early trading.

Chairman David Calhoun will take over as CEO and president, effective January 13, the company said.

The 737 MAX grounding was the biggest crisis of Muilenburg’s 34-year tenure at Boeing, where he started as an intern in 1985, rising through the company’s defence and services ranks to the top job in 2015.

The company said this month it would suspend production of the MAX in January.

Speculation that Muilenburg would be fired had been circulating in the industry for months, intensifying in October when the board stripped him of his chairman title.

Board member Lawrence Kellner will become non-executive chairman of the board effective immediately, the company said. Chief Financial Officer Greg Smith will serve as interim CEO during the brief transition period.