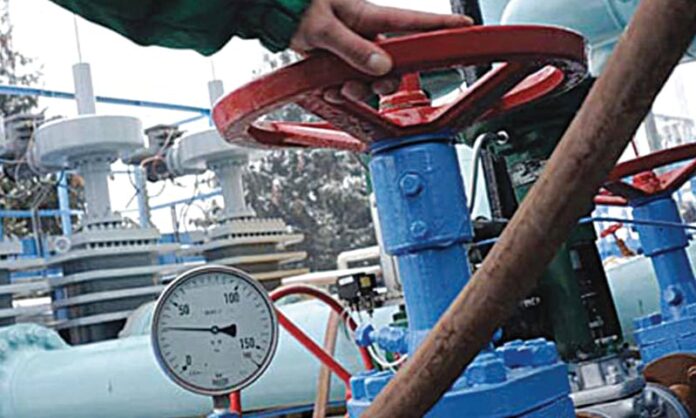 Following a visit to the Sui Southern Gas Company Limited (SSGCL) headquarters in Karachi on Friday, Omar Ayub had said that the provincial government had not given SSGCL the “right of way” for a long time, which “was the fundamental reason compressed natural gas (CNG) shutdowns were taking place in Sindh”.

The federal minister had added that work was underway on two pipelines but the Sindh government had not yet given way to a third 125-kilometre pipeline by Parkland.

Speaking to reporters in Islamabad on Saturday, Ghani took exception to Ayub’s statement, saying the provincial cabinet had received two projects, which the federal government pursued and the Sindh government had gone “out of its way to solve Centre’s problem”.

He said that under Article 158 of the Constitution, the province that produces the gas has the first right to it, after which the remaining gas can be distributed to other provinces.

The provincial information minister said that despite the fact that Sindh has produced 70 per cent of the country’s gas, the province continued to experience gas load shedding and shortages.

“If Omar Ayub dislikes this question, he may do so,” Ghani added.

Ayub on Friday had said the Sindh government was not ready to accept liquefied natural gas (LNG) under Article 158 of the Constitution, which he said could improve the gas situation in the province.

Meanwhile, gas supply to CNG stations across Sindh was suspended for an indefinite period after a brief opening on Friday night.

The CNG pumps in Karachi opened on Friday night for eight hours and were ordered to close down for an indefinite period on Saturday morning.

Long queues had formed at CNG stations on Friday night after the news spread that stations have been allowed to supply gas to vehicle owners.

The SSGC said that the stations would be allowed to open again as soon as the gas pressure normalises.

KARACHI: President Dr Arif Alvi has appreciated the State Bank of Pakistan (SBP) for improving the accessibility infrastructure for differently-abled persons and lauded the...
Read more