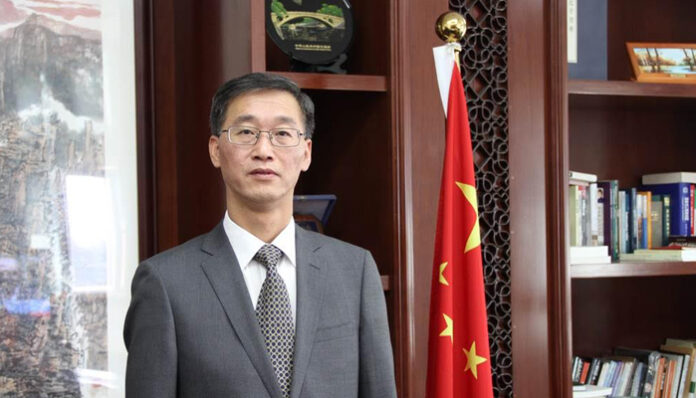 ISLAMABAD: Chinese Ambassador Yao Jing said on Monday that China and Pakistan have identified new projects in education, health, agriculture and construction sectors for the year 2020 under the new phase of the China, Pakistan Economic Corridor (CPEC).

Addressing the participants of Sangam Club Gala 2019 at the Chinese Embassy, the envoy said that both China and Pakistan had set the targets for the year 2020 after detailed deliberations under the joint cooperation committee and its joint working groups.

He said that China and Pakistan would further their defence cooperation keeping in view changing regional and global dynamics. “Targets have also been identified for cooperation in poverty alleviation and social sector development for 2020.”

The envoy maintained that both friendly countries had pinned high hopes in their youth, as the younger generation would take the friendly relations between the two countries to new heights.

Speaking on the occasion, Chinese Embassy’s Commercial Counsellor Wang Zhihua said that industrialist cooperation between Pakistan and China would be focused on priority in 2020.

Higher Education Commission’s Mohammed Asghar lauded the China leadership and workers for striving hard to make CPEC a success. He said Chinese education institutions had grown immensely over the past few decades and it was time for the world to adopt the ‘Look East’ policy.

“Over 28,000 Pakistani students are studying in China; the best model for students before travelling to China is to learn about Chinese language and culture.”

The ceremony concluded with a number of cultural performances, including a martial arts display by Pakistani students and a performance by a collaborative musical band that had both Chinese and Pakistani members.

The purpose of the gala was to get the people of both countries together under one roof where they could share their diverse experiences, exchange notes, and provide suggestions to further promote people-to-people exchanges between Pakistan and China.