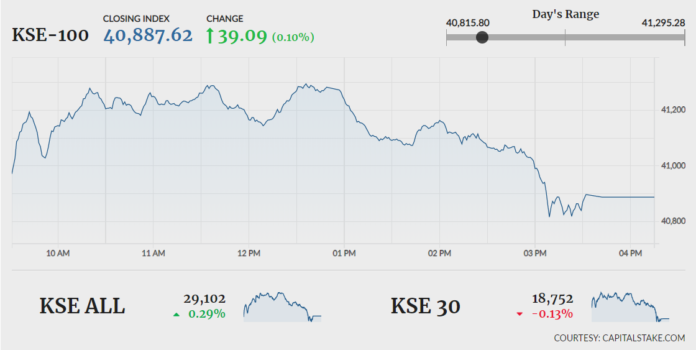 KARACHI: The Pakistan Stock Exchange (PSX) started the first session of the week on a positive note but failed to sustain the gains in late hours, closing flat on Monday.

The overall market volumes remained thin and were recorded at 165.83 million, of which 110.68 million came from the KSE-100 scripts. Shares worth Rs6.64 billion were traded on Monday.