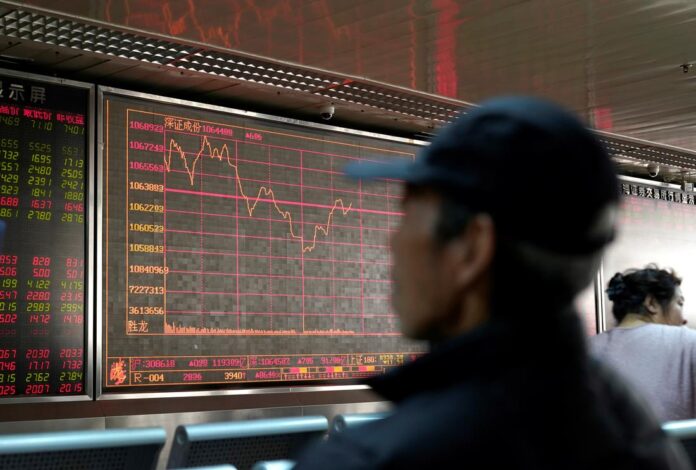 International markets, prices of oil and gold, and trends in the Pakistan Stock Exchange (PSX) all faced a shakeup in the wake of the killing of Iran’s top military leader, Major General Qassim Suleimani, in a strike authorised by the United States near Baghdad airport, causing concerns regarding regional and economic stability.

Oil prices jumped by more than 4pc on Friday, as tensions in the Middle East, which would inevitably involve Pakistan on some level or the other, have sent the price of Brent oil, the international benchmark, surging to nearly $70 a barrel in the early hours of Hong Kong trading — an increase of $3 — after the Pentagon said President Trump had authorized the strike that killed General Suleimani. West Texas Intermediate, the American oil benchmark, rose to nearly $64 a barrel, or $2.50 higher.

This has been the highest price that Brent oil has hit since September 17, as fears of even greater escalation rose after Iran’s Grand Ayatollah Khamenai swore “harsh retaliation” by the neighbouring country would retaliate against the US swiftly.

The Pakistani Stock Exchange (PSX), which had soared to a 14-month high on Thursday, saw a turn in fortunes after many days, closing lower by 157 points on Friday after the news of the strike.

Pakistan finds itself between a rock and a hard place after it had recently shown in the Islamic summit in Malaysia, that it was associating itself with the Saudi Arabia, a long-term, sworn enemy of Iran. However, Iran’s status as a neighbouring country, trade partner, and supporter of the Kashmir and Palestine causes would make it harder for Pakistan’s foreign policy to continue to try and teeter on the edges.

Back in February 2019, the now-deceased Gen Suleimani had cautioned Pakistan against the true intentions behind Saudi Arabia’s pumping of billions of dollars into its troubled economy, saying the Riyadh regime is after breaking the Asian state apart by pitting it against its neighbours. No response has come from Pakistan, but sporadic protests have erupted across the country organised by members of the Shia community. It is also feared that the killing and any stance that Pakistan takes on the ensuing fallout, might stoke sectarian tensions within the country. The late general had in the course of his career in Syria, also overseen the Liwa Zainebiyoun, a pro-government brigade fighting in Syria composed of Shia Pakistanis. The voluntary brigade draws recruits from Shia Pakistanis living in Iran, and native Shia of Parachinar and Khyber-Pakhtunkhwa. It was formed and trained by the Iranian Revolutionary Guards and operates under their command.

The Economic Times also reported a similar trend in India, saying that Dalal Street had its ears up after the strike, threatens to not only derail India’s bull market but also disturb the government’s fiscal arithmetic, should it lead to a spike in crude oil prices as is being speculated.

“The news of the US strike killing Qassem Soleimani is very significant, as he was extremely close to the Iranian Supreme Leader. Iran will certainly retaliate. Oil is likely to be on the boil. It’s bad news for large oil-importing countries, especially those like India, which run large trade and current account deficits,” said Ajay Bodke, CEO-PMS, Prabhudas Lilladher.

Meanwhile, The New York Times reported that analysts have warned that the strike would be interpreted by Iran as an act of war, and increases the prospect of volatility in Iran and Iraq, two major oil producers.

By noon in Hong Kong, the price of Brent crude oil had come down from a peak to settle around a six-month high of $68.44 a barrel, however, the initial jump in prices was among the largest since an attack on a critical Saudi oil installation in September that temporarily knocked out 5pc of the world’s oil supply.

The killing of Suleimani has cut short what was supposed to be a holiday week for most traders, many of whom will be cutting the holidays short and call-in for an emergency risk meeting. Olivier Jakob, managing director of oil consultants Petromatrix, has said that “the killing of Soleimani calls for a serious increase of the geopolitical risk premium.”

Meanwhile, Helima Croft, a former CIA analyst who heads up commodity strategy at RBC Capital Markets, said that the strikes increased risks for US oil companies such as ExxonMobil and Chevron that are active in Iraq, should Iran retaliate.

European markets are also bracing for impact, while Wall Street looks set to take the biggest hit, according to trading in the futures markets. On Thursday, Wall Street finished the first day of trading in 2020 at an all-time high. Futures trading showed that it could fall by as much as 1pc when it opens again on Friday.

In other markets, investments that are considered safe havens for parking money, such as gold or currencies like Japan’s yen, gained strength. As such, gold prices climbed to a four-month high on Friday as spot gold rose 1pc to $1,543.66 per ounce. The precious metal is typically seen as a safe investment in times of political and economic uncertainties, and the price was further supported by a decline in the US dollar index.