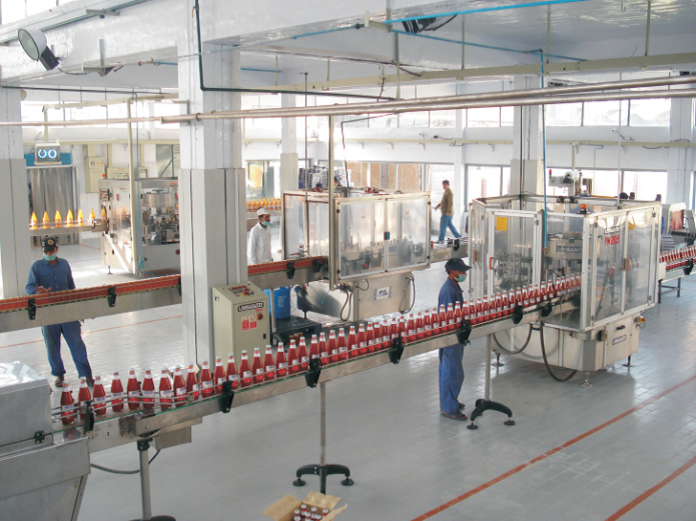 Editor’s note: An earlier version of this article claimed that Getz Pharma is directly buying Mitchell’s Fruit Farms Ltd, when in fact Bioexyte Food (Pvt) Ltd which is a sister company of Getz Pharma is involved in the transaction. The error is regretted.

LAHORE:  Owners of Getz Pharma, one of the largest pharmaceutical companies in Pakistan, are all set to acquire Mitchell’s Fruit Farms Ltd, sources in both the companies confirmed on Monday.

Interestingly, the name of Getz Pharma was not mentioned in Mitchell’s Nov 20 notification. On 20th November 2019, Mitchell’s Fruit Farms Ltd had announced via a notice to the Pakistan Stock Exchange (PSX) that it had shortlisted two firms for a strategic sale of shares along with the transfer of management control, namely Waves Singer Pakistan Ltd and Bioexyte Foods. Even though Waves Singer is a well-known company, Bioexyte Food (Pvt) Ltd was incorporated only in July 2019 and other than the names of the directors, not much was disclosed about the company and its owners that could be easily traced back to Getz Pharma. However, we have been able to confirm that Bioexyte Foods is, in fact, a sister company of Getz Pharma, incorporated as an SPV (Special Purpose Vehicle) to acquire Mitchell’s Fruit Farms Ltd.

As per sources, the acquisition deal is already locked between the two companies while necessary documents in this regard would be signed soon.

A senior Mitchell’s official confirmed about the acquisition but refused to share further details of the deal, including the total consideration and the exact number of shares sold.

Prima facie, the management of Mitchell’s Fruit Farms Ltd (MFFL) have not informed the Pakistan Stock Exchange and shareholders about the finalisation of the deal which is required according to the PSX rules.

MFFL is the oldest food company in Pakistan. It was established in 1933 by Francis J. Mitchell under the name of Indian Mildura Fruit Farms Limited. After independence in 1947, the company’s name was changed to Mitchell’s Fruit Farms Ltd.

Under the brand name ‘Mitchells’, the company gradually expanded its product range to become one of the largest food companies in Pakistan. However, due to stiff competition from other players like National foods, Shan foods and others the company could not retain it’s market share.

Mitchells has been in loss for almost four years and in the last 18 months, the directors of the company had to inject around Rs150 million to keep it afloat.

As per Mitchell’s Annual Report 2018, the company failed to achieve previous years sale revenue, as it’s aggregate sales revenue recorded a decline of 14.1pc and stood at 1.628 million. In 2018, the company declared a loss of Rs292.61 million, which was Rs30 million in 2017.

The majority shares of the company are owned by its CEO, directors and their spouse and children, which adds up to 58pc shares of the company. This is followed by the general public that owns 27pc of the shares. Approximately 10pc shares are with Modarabas and mutual funds; banks, DFIs and NBFIs hold a negligible share whereas “other” shareholders mainly include joint-stock companies.

Since the announcement of sale of shares by Mitchell’s, the price of Mitchell’s share in the stock market increased from Rs240 on November 20, 2019, to Rs310.

A senior Mitchell’s official said as a result of deterioration in the operating results, and increased uncertainty with respect to the future outlook of the company, sponsors of the company had to contribute substantial funds to bridge working capital requirements.

Agreeing with him, another official said that the company, following its five-year growth strategy, invested heavily in developing a stronger infrastructure and expanding its distribution network for increasing its retail penetration. But all the effort went in vain as the expansion of the distribution network failed to increase the company’s topline, he added.

“The unabsorbed fixed costs resulted in an excessive outflow of available resources which led to the shrinkage of working-capital which adversely affected bottom-line results.”

An official of Getz Pharma on condition of anonymity, while confirming the development, told Profit that after acquiring Mitchell’s Food Farms Ltd, the company would try its level best to fully utilize the goodwill of the company and make it a profitable business.

When asked about the number of shares being acquired by the company, the official said, “I cannot disclose the details of the transaction at the moment.”

We have received a written clarification by the spokesperson of Getz Pharma and is being published here for the information of our readers: “Reference is made to the article written by Hassan Naqvi published by Pakistan Today dated January 6, 2020 titled ‘Getz Pharma finalizes deal to acquire Mitchell’s Fruit Farms’. It is clarified that the subject article is misleading and factually incorrect. Getz Pharma has not placed, nor does it intend to place, any bids or offers for the acquisition of Mitchell’s Fruit Farms Limited. The following statement contained in the subject article “the acquisition deal is already locked between the two companies while necessary documents in this regard would be signed soon” is factually and substantially false. It is further confirmed that Bioexyte Food (Private) Limited is not a subsidiary of Getz Pharma. No official of Getz Pharma has spoken with or confirmed any news on the subject matter with Pakistan Today, or any other electronic or print media forum.”