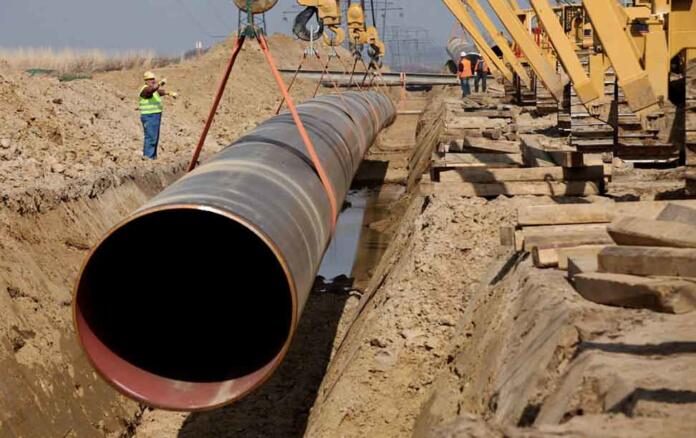 ISLAMABAD: The publication of a fake and fabricated media report against the North-South Gas Pipeline Project (NSGP) was allegedly hatched by anti-Russia elements in Pakistan in order to fail the project, Online news agency has learnt.

A private media outlet had recently reported that the Russian company leading the NSGP project has been banned.

The Pakistani government has termed the news fake and fabricated, adding that such reports are an attempt to fail the project.

According to details, Pakistan and Russia had entered into a government-to-government agreement for the development of the North-South Gas Pipeline Project on October 16, 2015.

The Russian side had submitted the initial commercial proposal in November 2016. However, some anti-Russia elements sitting in Pakistan remained active against the project and published a fabricated report to sabotage the process. The conspiracy is part of the campaign to stop investors from investing in Pakistan.

A comprehensive investigation into the matter by this correspondent revealed that neither the contracting Russian company nor its chairman was banned, adding that ETK Company was indigenously established in Russia and was currently operating under the Russian Ministry of Energy.

The company provides transportation of gas pipeline services and it has the required capability to complete the NSGP project in Pakistan.