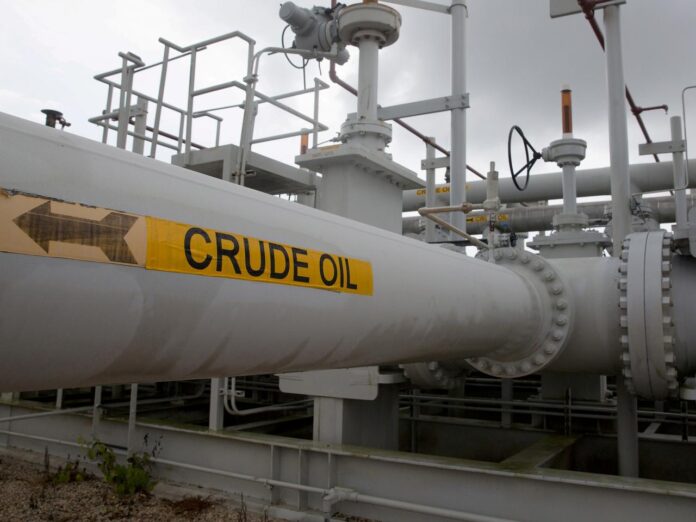 The outlook for oil demand was supported ahead of the signing at the White House on Wednesday of a Phase 1 US-China trade deal, which marks a major step in ending a dispute that has cut global growth and dented demand for oil.

China has pledged to buy more than $50 billion in energy supplies from the United States over the next two years, according to a source briefed on a trade deal.

The US-Chinese trade war had a tangible impact on global oil demand growth last year, which reached 890,000 barrels per day compared with initial forecasts of 1.5 million bpd, Tamas Varga, an analyst at PVM brokerage said in a note.

“This year, however, the pace is expected to pick up again and is to average at 1.25 million bpd… In case of a trade deal upward revisions can be anticipated,” Varga said.

Regardless of trade wars, China’s crude oil imports in 2019 surged 9.5pc from a year earlier, setting a record for a 17th straight year, as demand growth from refineries built last year propelled purchases by the world’s top importer, data showed.

Easing concerns of possible supply disruptions as a result of tensions in the Middle East, however, limited gains.

The recent declines followed investors unwinding bullish positions built following the killing of a senior Iranian general in a US air strike in Iraq on Jan. 2 which sent oil prices to a four-month high, said Harry Tchilinguirian, global oil strategist at BNP Paribas in London.

“As geopolitical tensions take a back seat for now, we may see more of the same in the short term,” Tchilinguirian told the Reuters Global Oil Forum.

He also said it was too early to talk about whether the Organization of the Petroleum Exporting Countries and its allies, a group known as OPEC+, would continue with production curbs set to expire in March.

Separately, US crude oil inventories were expected to have fallen last week, a preliminary Reuters poll showed on Monday.

The poll was conducted ahead of reports from the American Petroleum Institute (API), an industry group, and the Energy Information Administration, an agency of the US Department of Energy.