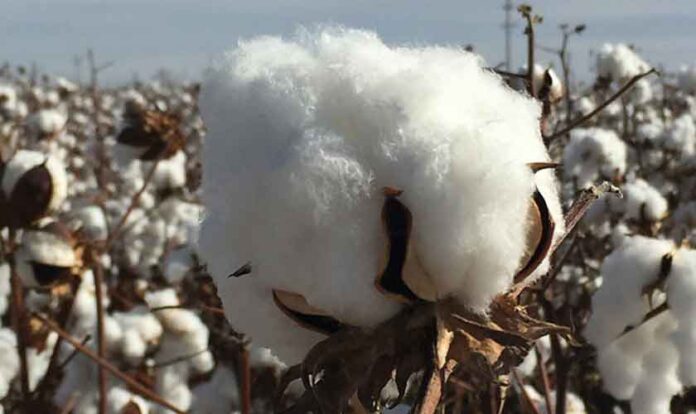 ISLAMABAD: Members of the federal cabinet, while raising reservations over the government’s decision to withdraw all regulatory/customs duties on the import of cotton, have feared that the decision would have an adverse impact on domestic cotton.

Expressing serious concerns over the Economic Coordination Committee’s earlier decision with regard to the waiver of all duties and taxes on cotton import, the cabinet members said that the decision would not only have a negative impact on the prices of domestic cotton but would also discourage cotton growers, who were already abandoning this crop and switching to more profitable alternatives.

The members pointed out that cotton production has declined by around 20 per cent primarily because growers have shifted to switch sugarcane and wheat, which guarantee minimum support price.

It is pertinent to mention that the ECC on Dec 30, 2019, had taken this decision in a meeting held under the chair of Adviser to PM on Finance and Revenue Dr Hafeez Shaikh. However, prior to making this decision effective, the Commerce Division had tabled the summary in a federal cabinet meeting to get its ratification over the decision.

According to available documents, the cabinet members suggested that the effective date for withdrawal of regulatory/customs duties on the cotton import be delayed by at least 215 days, allowing the growers to pick the remaining crop.

Defending the summary, the division explained that the proposed withdrawal was not a departure from last year’s policy. “As an incentive package for exporters, customs duty and sales tax are withdrawn in January/February, however, they are re-imposed in July/August to protect the local growers.”

The cabinet was also informed that almost 95pc of cotton crop had been picked and there would hardly be any further impact on prices than what had already occurred following the decision of ECC to allow withdrawal of duty with effect from 15th January 2020.

“The need to address the policy issues, which have resulted in the decline of cotton production, including poor quality of seeds and pesticide, delays in operationalizing of Plant Breeds Act, insurance etc., have also been emphasized [in the summary],” the division stated.

It may be noted that the government had imposed one per cent customs duty along with 5pc sales tax on cotton import in 2014-15. Over the next few years, its import was made subject to 3pc regulatory duty, 2pc additional customs duty and 5pc sales tax. The duties were withdrawn in January/February 2017 while they were re-imposed in July-August of 2017.

On October 4, 2019, the Cotton Crop Assessment Committee had projected cotton production at the end of the year would be 10.20 million bales as against the target of 15 million bales for the fiscal year 2019-20. The Commerce Division, in an apparent bid to fill the gap, proposed duty-free import of cotton.

The ECC was informed that the bulk of cotton would be lifted from local farmers by January 1, 2020, and the proposed exemption would not adversely affect the interests of local farmers. Both the commerce and national food divisions gave assurance to ECC that imported cotton would facilitate textile exports which were showing an upward trend.