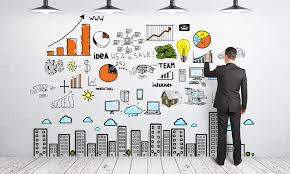 LAHORE: The Punjab Board of Investment and Trade (PBIT) on Wednesday organised the National Champions Pitch Competition in collaboration with the Annual Investment Meeting (AIM) under the United Arab Emirates (UAE) Ministry of Economy and NSpire-NETSOL where start-ups from all over Pakistan participated.

The judges selected ‘EyeAutomate’ as the winner of the competition, according to the criteria set by AIM – Dubai and Ministry of Economy – UAE.

According to the details, the winner would travel to attend AIM-2020 to pitch the business idea and compete with start-ups from 80+ countries in March 2020 whereas the trip would be fully funded by Aim-Dubai and all local startups can apply online to present their business.

One of the points to be fulfilled according to the criteria includes a minimum turnover of $1,00,000 to $10,00,000 with less than fifty employees with a startup’s age between 2-7 years.

PITB Director Marketing and Public Relations Fatima Ali Khan informed this scribe that PBIT had been working with AIM Dubai under the Ministry of Economy-UAE for the past two years.

“In March-2020, PBIT would be declared the official partner of AIM for which a formal MoU signing ceremony would take place during the event in Dubai. In continuation of the recently signed Framework Agreement with NETSOL, PBIT and NSpire (NETSOL) have collaborated to collectively host a National Competition for Start-ups under the title of ‘Punjab Goes Global’.

“AIM organises an international event on investments, every year in Dubai. Incoming March, AIM plans to host the mega event on March 24-26, 2020. One of the event verticals is the ‘AIM Start-up’ which is an international competition for entrepreneurs.

In the event, Start-ups from 80+ countries would participate and pitch their business projects to a panel of judges. The winners would be given a cash prize and an opportunity to be mentored by industry experts for attracting investments/funding.”

Speaking to Pakistan Today, PBIT CEO Jahanzaib Burana said, “Under the Start-ups and entrepreneurship wing of transactions/investment advisory department, PBIT has been playing a vital role in strengthening the start-up ecosystem in Punjab. Till date, 100+ start-ups have been facilitated for investment advisory, business modelling and connections with domestic and international venture capitalists. We are also engaging the London mayor and US consulate for such opportunities where Pakistani startups could get a fair chance to display their model in front of global audience and investors.”

Punjab Secretary Industries Zaffar Iqbal while addressing the participants said that the Punjab government is already working to increase its capacity to provide training and further revenue related facilitates for our youth and startups. “We have allocated Rs30 billion for some 3,00,000 startups and Rs 10 billion have already been handover to Bank of Punjab to promote our startup ecosystem”, Iqbal said. This will encourage and provide a platform to our youth to take off, he added.

Speaking at the occasion, Advisor to Punjab Chief Minister Doctor Salman Shah said that there is a need to provide facilities and a proper eco-system to nurture more and more startups. “IT sector of Punjab depends upon knowledge economy and a proper ecosystem should be there to cater a huger talent in this sector,” Shah said.

“It is fascinating to see young Pakistani entrepreneurs with such amazing skills, we hope that they will take up the global stage and represent the country’s tech talent there,” he added.