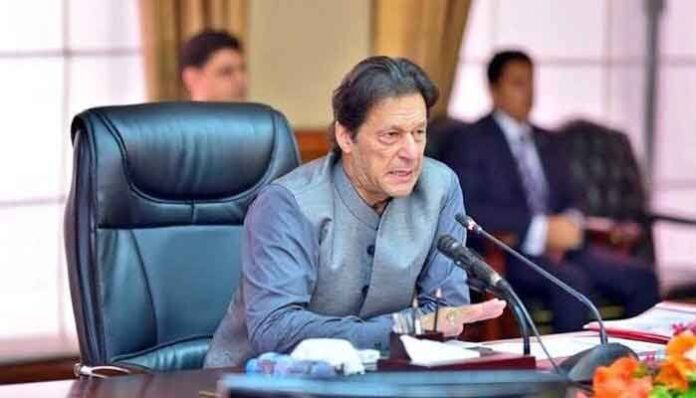 ISLAMABAD: Prime Minister Imran Khan on Tuesday warned that profiteers and hoarders responsible for inflation in the country would be dealt with an iron hand.

Briefing the media about the details of the federal cabinet’s meeting, Special Assistant to Prime Minister on Information and Broadcasting Dr Firdous Ashiq Awan said that at the outset of the meeting, the prime minister said that every possible step would be taken to provide relief to the people, who were facing the brunt of inflation.

Flanked by Federal Minister for Communications and Postal Services Murad Saeed, she said that the committee constituted by the prime minister was probing the recent wheat flour shortage and in the light of its findings, strict action would be taken against the elements involved in the crisis irrespective of their political affiliations.

“The prime minster feels the pain of the hardships faced by the people during the wheat flour crisis and he would not spare anybody responsible for it,” she added.

The SAPM said that PM Imran also directed the Ministry of National Food Security and related organisations to take all measures to ensure a smooth supply of edible items to the public.

The cabinet, she said, was briefed on the demand-supply gap of edibles items, including rice, wheat and corn and the situation of their stocks. The prime minister directed that all estimates of surplus crops should be monitored, she added.

She said that the prime minister issued directives to the Parliamentary Committee on Electoral Reforms to find out a way to ensure that in future elections were held in a free, fair and transparent manner and nobody could point the finger at their fairness. The use of technology, including biometrics, could ensure election transparency, she added.

Dr Firdous said that the cabinet gave approval to the removal of Gas Infrastructure Development Cess (GIDC) on fertilizer to provide relief to the farmers.

She said that the cabinet did not approve a memorandum of understanding (MoU) for the building of prefabricated houses, with the directive to the ministry concerned that transparency should be ensured by following the Public Procurement Regulatory Authority (PPRA) rules and inviting open bidding.

She said that Special Assistant to Prime Minister on Health Dr Zafar Mirza briefed the cabinet about the coronavirus epidemic and the challenges related to it. The prime minister, she said, issued the directives for the provision of all possible help to Pakistani students stranded in China’s Wuhan province.

“The Foreign Office (FO) has set up an information desk for providing updates to their family members,” she added.

‘PLUNDERED NATIONAL WEALTH TO BE RECOVERED’:

Addressing the presser before Firdous, Minister for Communication Murad Saeed said the government will give a one-month ultimatum to Asif Ali Zardari, Yousuf Raza Gilani and the Sharif family to return the tax payers’ money.

Murad also vowed legal action if the ‘looted wealth’ was not returned in the period of a month by the opposition leaders. The decision has also been taken that the prime minister and the president would not be allowed to set up their camp offices, he added.

The communication minister claimed that the governments of PPP and PML-N borrowed a massive debt of Rs24,000 billion in a period of 10 years but failed to make any improvement in the education and health sectors.

PM Imran is making all-out efforts to save the tax payers’ money, Murad said,. “For this reason Imran Khan lives in his private residence instead of the Prime Minister House.”

Sharing the details of “lavish expenditures”, the firebrand minister went on to say that former prime minister “Gilani had five camp offices in Multan and in Lahore, whereas former president Asif Ali Zardari spent Rs163 billion on his security”.

As if it was not enough, the federal minister further said that ex-premier Nawaz Sharif had undertaken 25 private visits to London and also travelled abroad for medical treatment using a private jet.