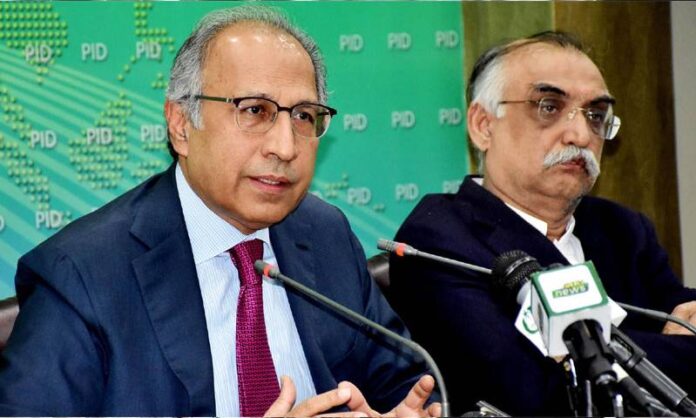 Adviser to Prime Minister on Finance Dr Abdul Hafeez Shaikh has hinted that the federal government may remove Federal Board of Revenue (FBR) Chairman Shabbar Zaidi from his position if he does not recover from ill health soon.

Talking to a private news channel, Shaikh said that the government may decide to change the FBR chairman if he does not recover quickly as the government is planning to introduce a mini-budget.

“The chairman FBR is ill and we hope he recovers quickly,” Shaikh said in the interview.

Last month, it was reported that FBR Chairman Shabbar Zaidi is on an indefinite leave from his official duties on grounds of ill health.

Earlier, Zaidi had gone on a sick leave from January 6 to January 19. This had led to rumours that there was a rift in the government’s economic team. However, those rumours were rejected by the FBR.

The adviser also stated that the word mini-budget has become controversial when asked about the details of the government’s plan to introduce a bill to address the missed tax target.

Shaikh told the host that economic management is necessary and is a continuous process. He added that it’s possible that a finance act can be changed once it has been presented.

The government is reportedly planning to introduce fiscal adjustments in the form of a mini-budget through which it will adopt additional taxation measures that will be implemented by the FBR.

The government is also holding talks with a delegation of the International Monetary Fund in this regard.